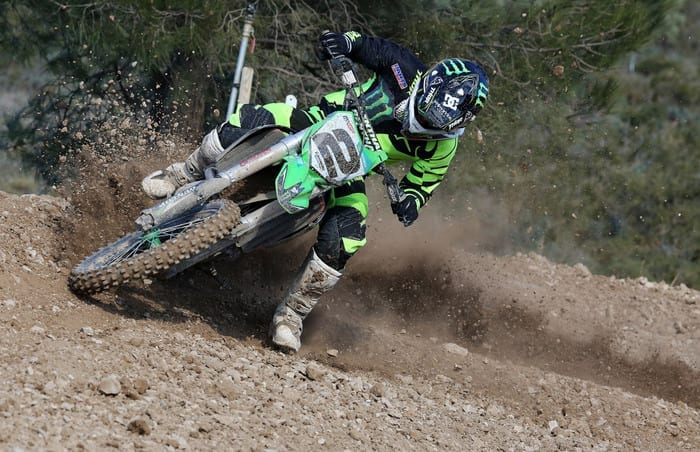 Both Ryan Villopoto and Tyla Rattray have already had some testing sessions with the Kawasaki Racing Team at the tail end of 2014 before going back home to California for some fair-weather training.

And last week they arrived back in Europe to once again train and test with the KRT staff.

“We did most of the testing last year, and now we are working to finalise their [Ryan and Tyla] preparation and also to do some fine tuning,” explained team manager Francois Lemariey. “We worked closely with Japan and KMC in the US to give the best material to both riders, and the main technical change is that we work this season with Showa.”

The team will soon move to Southern Italy to find better weather so Ryan and Tyla will be able to train daily – it’s snowing in Belgium!

“We have no race yet in our program before the first GP in Qatar, we’ll see how our preparation goes and how the weather will be in France and Italy, home of some pre-season races,” Lemariey added.

The World Championship will kick off on February 28 in Losail (Qatar), first of the 18 rounds of the series, which include visits to Europe but also Thailand, Argentina, Brazil, Mexico and USA.