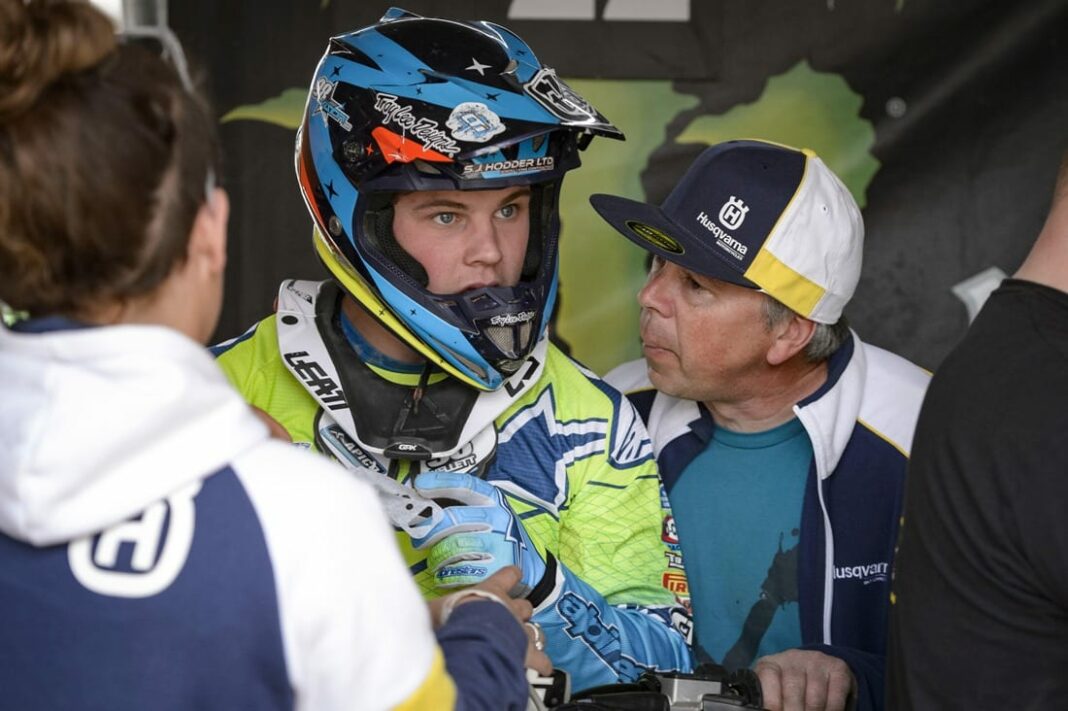 After impressing in the EMX250 series this year and taking some high profile victories over the past 12 months, Todd Kellett has agreed on a deal to take him to Hitachi KTM UK.

Kellett, who has this year been riding for St Blazey MX/SJ Hodder Husqvarna in EMX250 and the Maxxis ACU British MX2 Championship, has switched to Hitachi KTM UK for the final months of the 2017 season, Dirt Bike Rider can reveal.

The likeable young man from Langport in Somerset has been part of the British schoolboy moto scene since he started on a 65.

After two years in the pro ranks, Kellett’s hard work – along with passionate support from St Blazey, long-term sponsor SJ Hodder and his family – has started to pay off, putting himself into fourth place in the very competitive British MX2 championship.

Last year Kellett won the Patchquick Trophy and followed that up with victory at the Western Beach Race on a second-hand KTM 350XC.

Kellett’s form caught the eye of several teams, including Hitachi KTM UK team boss, Roger Magee. “We’ve been watching Todd this year and have been impressed with his riding in the Maxxis MX2 and EMX250 classes. We’re happy to bring Todd into the team for the rest of the season and look forward to him making further progress.”

Todd Kellett said: “I’m really pleased to be given this opportunity by Hitachi KTM UK and I’d like to thank Roger for supporting me. Hopefully, with the additional support available I can take my racing to the next level.”

The 20-year-old leaves St Blazey MX/SJ Hodder Husqvarna with their blessing and is grateful for all their support. “I’d also like to thank St Blazey for their help this year, and Stuart Hodder, without them I wouldn’t be where I am today. And finally Mum and Dad for their support, I couldn’t have done it without them.”

St Blazey owner Steve Annear said he’s delighted to see Todd making great progress in his racing career. “We recognise what a great opportunity this is for Todd and are happy to have been part of his success this year. Although we’re sad that he’s leaving the team, he’ll always be part of the St Blazey family.”

Kellett teams up with fellow Brit Ben Watson at Blaxhall for the sixth round of the British Motocross Championship. Watson tops the MX2 standings with 227 points.