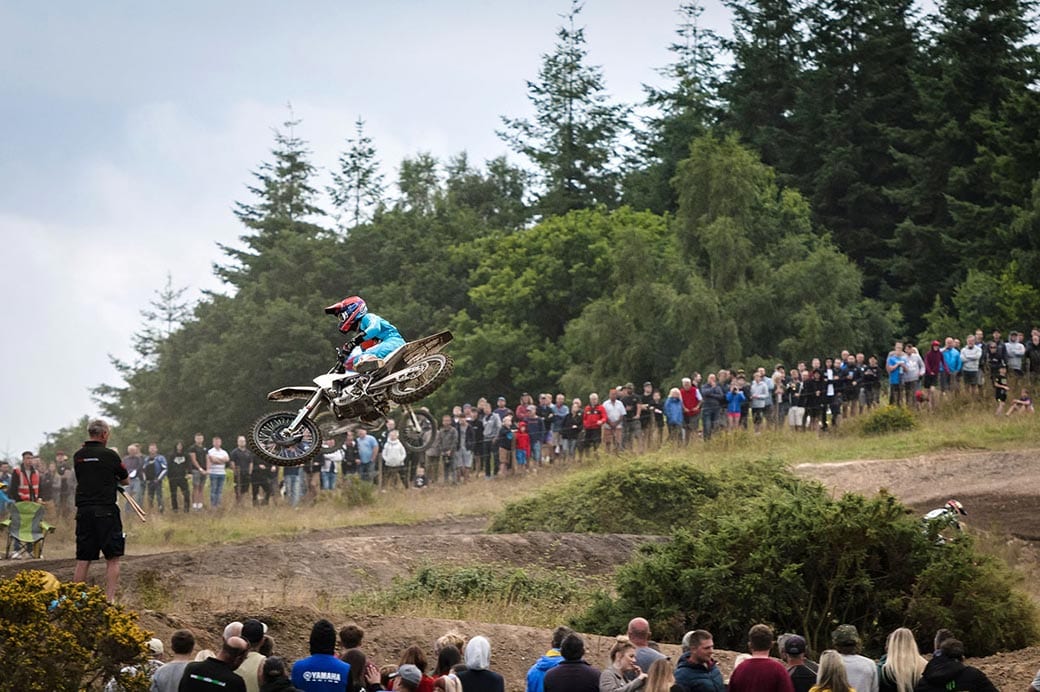 The wait is finally over as the highly anticipated second staging of the Steel Hawk Motorcycle club promoted Yworry “Rock ‘til Sundown” Midweek Motocross Classic takes part this Wednesday at the Tincleton circuit in Dorset.

The Racing is split between the daytime event on the full circuit, and the evening race on a cut-down track which is when the Pro’s join the proceedings.

A stellar line up of Pro riders, including last years Champion Elliott Banks-Browne, are confirmed and will race for the huge Bob Lewis Trophy and a hefty stash of prize money.

It’s not only in the Pro classes which are stacked with talent, but there is also a fantastic entry of 65’s, Small and Big Wheel 85’s and Rookies with some of the best youngsters from all over the British Isles doing battle for a massive array of prizes.

There will be new champions in all of the Smaller youth classes, but Bobby Bruce returns to defend his Rookie 125 crown as does Ben Clayton in the Rookie 250s, with the likes of Cullen Scott, Travis Reynolds and Vinnie Guthrie set to hunt them down for the win.

Last years 65 champion Kenzie Cole has moved up into the Small Wheel 85’s so that has paved the way for a new hero which could come from any number of little racers with Freddie Gardiner, Isaac Ash, Zane Stephens, Alfie Payne and Travis Barnes expected to be among the front runners.

The Small Wheel class was fully booked up weeks ago, and alongside the aforementioned Cole, riders to look out for will be Louis Vincent, Warren Clarke and Kyran Nicholas, but with so much pedigree in this group, the win could come from anywhere.

Jude Morris claimed the Big Wheel 85 category last year in fine style and his elevation to the 125 Rookies, where he is certain to be in contention, means the likes of Charlie Palmer, Joshua Bassett, George Hopkins and Raife Broadley will be looking to step up to the plate.

Adam Harris will be looking for another giant-killing performance in the Adult Open which gives the top riders the chance to qualify in with the Pro’s but he will have serious competition from the likes of Adam Collings, Joe Clayton, Ben Milward, James Kensington, Mitch Young, Jamie Dixon, George Purchase, Josh Coleman, Reagen Skinner… the list goes on.

There are also some great riders in the Vets category too with Stephen Elford and Chris Brown among the favourites.

The Daytime action begins with practice at 9 am, with the evening programme starting at 5pm, which includes the Pro races as well as finals from all of the daytime classes.

Spectator entry is £5 for Adults and is free for children under 16. Programmes are £1 with catering and a licensed bar on site. The track postcode is DT2 8QW