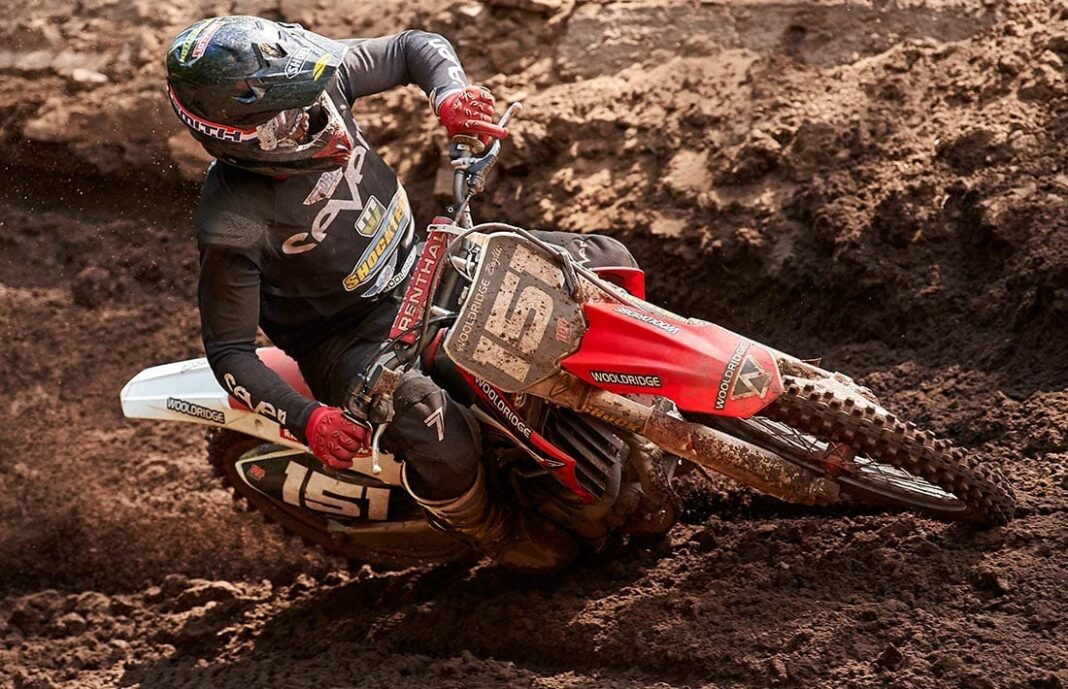 Matt Bayliss has been a mainstay in the British Championship for a while now, but this weekend at round four of the Maxxis British MX Championships, powered by Ske Energy Drink, the indoor ace broke into the top 10 overall for the first time.

Matt was lying 28th in the MX2 championship before Hawkstone, so a moto one 10th place could have been seen as a one-off. This was especially impressive considering the Red Bull KTM Factory team of Herlings and Pootjes were in attendance.

Race two showed that Matt’s first race was no fluke, with another great start around the top 10 and another superb ride to 11th. Moto 3 was much the same with Matt looking very comfortable mixing it with top Euro MX2 and pro riders for another 11th place.

A ninth overall was a just reward for a hard day’s work for the talented, hard-working and never-say-die racer from Berkshire. His best ever result in MX2.

Matt Bayliss is a privateer in the true sense of the word and it was great to see him mixing it around the top 10 this weekend. His reward for a great weekend was moving up nine places in the British MX2 championship to 19th.