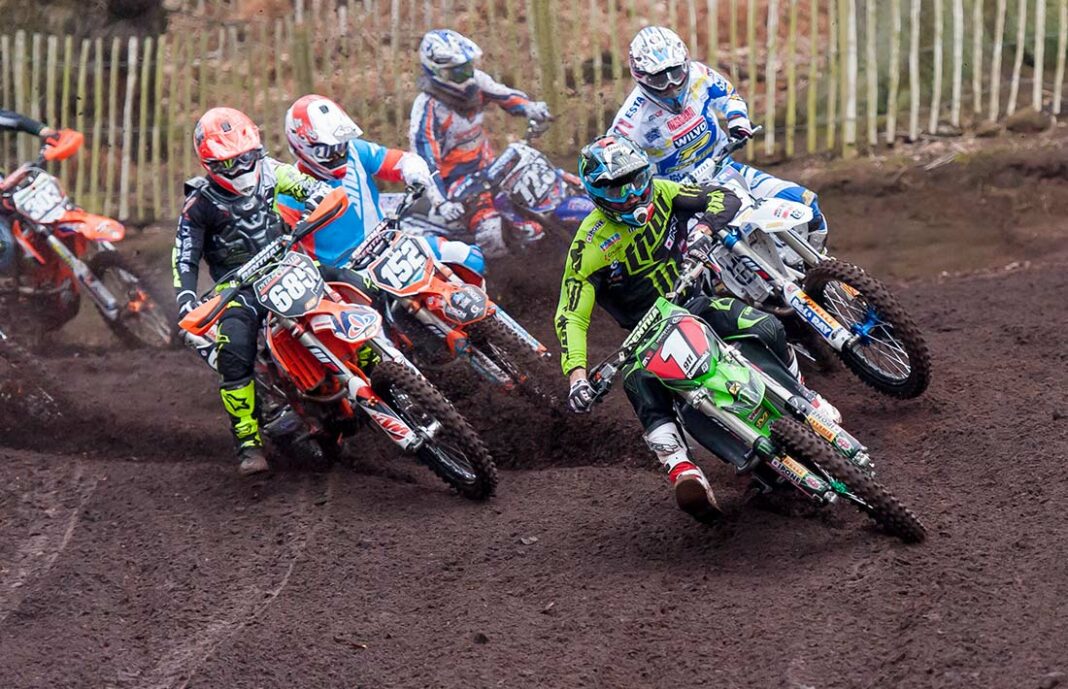 February 7 is the date to stick in your diaries with on-track action kicking off with practice at 9am ahead of the first International race leaving the line bang on noon!

It will be a cracking day of action with two 25 minute plus one lap races for each of the International classes plus a mixed-capacity Superfinal of similar length that sees the winner walk away with the Georges Jobe trophy.

On top of that world class action there’ll be three supporting MXY2 races starring some of the UK’s best up n’ coming youth racers who’ll get to experience the infamous Hawkstone sands in their three 15 minute plus one lap motos.

That’s gonna be tough going for these young guns!

Other MX2 class riders to look out for on the day will be British up n’ comers Conrad Mewse, Josh Gilbert and Liam Knight who’s well known for hauling the mail in deep sandy going.

The MX1 division is equally stacked with Stefan Everts’ Suzuki squad out in full force with Ben Townley and Kevin Strijbos taking care of business.

Tommy Searle will no doubt be in the mix too on the Monster Energy DRT Kawasaki as will 2014 MX2 world champ Jordi Tixier who makes a move to the big boy division.

If you’re looking for more Brits to cheer on then don’t forget Brad Anderson and Ashley Wilde who are both very capable of mixing it up with the GP runners as is DBR test pilot Ryan Houghton who spends more time racing in Holland than anywhere else.

Speaking of the Low Countries let’s not forget Hawkstone hero Marc de Reuver who’s headed over from Holland with the BT Motorsport team for his last ever International.

Two-stroke fans will be happy to hear the GL12 250 Yamaha of Lewis Gregory mixing it up with the 450s while Rob Holyoake and David Frankland will also be out there representing pre-mix lovers from around the globe. Keep it lit boys!

Eagle-eyed attendees will notice a slight change of layout for 2016 with the inclusion of the old start loop adding a little length to the lap. How this rides lap after lap remains to be seen but should add a little extra interest to proceedings along with a couple of passing places.

Spectator entry to the Be Wiser Hawkstone International Motocross is £25 for adults which includes an official event programme. Accompanied race fans aged 14 and under get in for free.

Overnight camping is available at a price of £20 per pitch.

The timetable below is from the official programme. Why not carry this around with you at the event…tap and hold on the image from your iPhone (other brands are available) to save the image to your phone.

Although it’s a well travelled route for most motocross fans the venue can be a little tricky to find for newcomers. The good news is that the circuit that’s situated around 12 miles north-east of Shrewsbury will be signposted from both the A49 and A53. Sat Nav users can pop the postcode SY4 4NA into their TomTom or Garmins.

The official website for the race is www.hawkstoneinternationalmx.com as always. Get online and have a nosey.

But don’t forget dirtbikerider.com – if you can’t make it we’ll keep you updated as soon as we can (internet connection permitting!) and we’ll bring you a bunch of sweet pics and some video too.

The event will be shown on Motors TV on February 24 and will be repeated several times. This will be shown across Europe and Motors TV has now become available in North and South America.