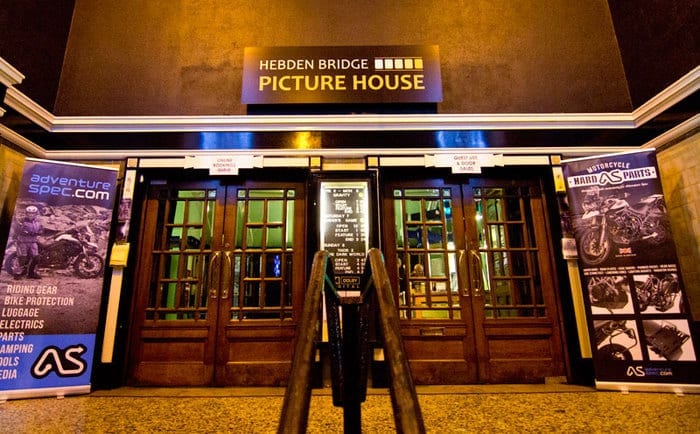 The world premiere of Graham Jarvis’ Erzberg the Hard Way proved a hit on Saturday as the Hebden Bridge Picture House enjoyed a sold out show.

Hebden Bridge Picture House in Yorkshire was the stage for the premiere of Graham Jarvis’ Erzberg the Hard Way movie on Saturday night.

Adventure Spec were the hosts for the evening, which also showed Austin Vince’s adventure film Mondo Sahara. The event brought together a full spectrum of Adventure Motorcyclists.

Graham Jarvis’ Erzberg the Hard Way takes you on Graham’s journey to victory, fourth time lucky, at the 2013 Erzberg Rodeo. It gives you an interesting insight in to what really goes on behind the scenes in order to compete at the top of the game.

Mondo Sahara, a film by Austin Vince, showcases a short and intense trip from London to the Saharan wilderness of Mauretania on a team of old XR400s. It’s a film that certainly will inspire many to travel!

After the movie, everyone headed across the road to a pub for a one off chance to socialise with Graham Jarvis and the rest of the team that made the film possible.

Erzberg The Hard Way is now available to buy on DVD via the Adventure Spec website.