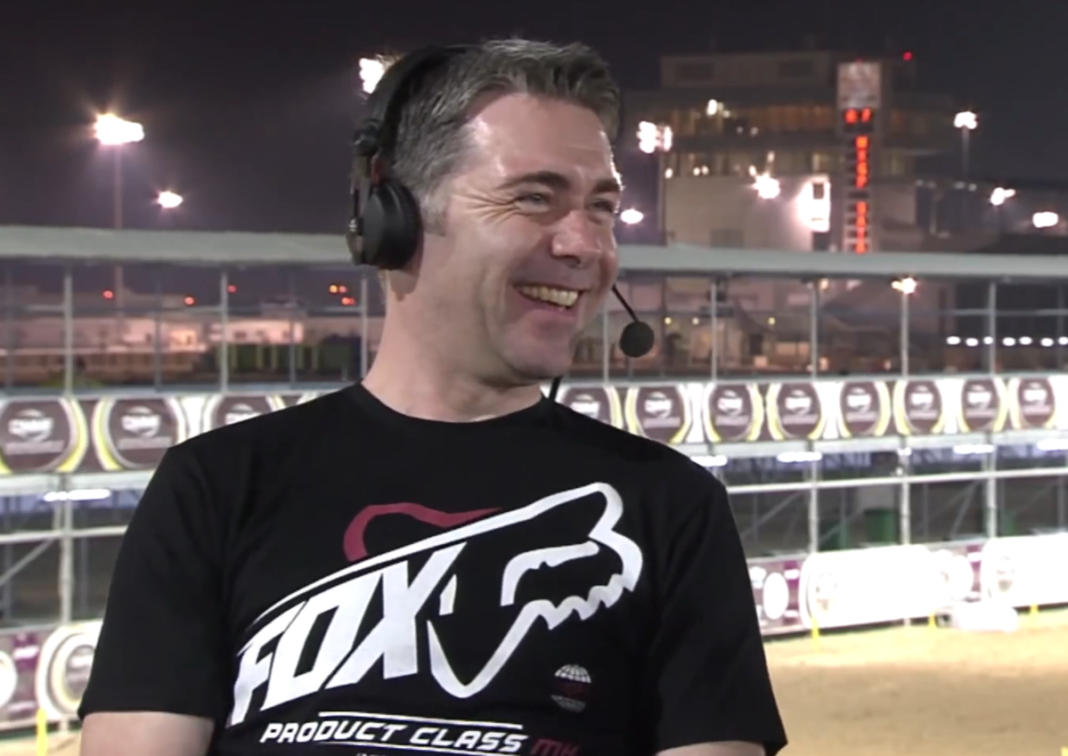 MXGP commentator Paul Malin reflects on a famous day in '94

He’s better known these days as the voice of the FIM Motocross World Championship but MXGP commentator Paul Malin is a three-time British champion and was world 125cc vice-champion in 1996 – but it’s for his performance at the 1994 Motocross des Nations that he will always be remembered.

The MXdN had been won by Team USA for 13 years straight but Malin and his team-mates Rob Herring and Kurt Nicoll headed to Roggenburg in Switzerland in early September looking for an upset – and they got it!

While Herring and Nicoll certainly did their bit with both recording top-three rides, it was Maler’s 1-1 card on a 125 that proved decisive as Team GB defeated the Americans by two points to take the Chamberlain Trophy for the first time since 1967.

“It was cool,” says Paul. “It was obviously unexpected that America were going to lose and for us to win it after 27 years was great! [Graham] Noyce was there, Bob Wright was there – there were a few guys who had been either on the team or who should have been on the team over the years who just decided to show up that weekend and to have people like that there was great.

“[Steve] Dixon had built me a bike a few weeks before when we decided to put ourselves in the running for the 125 berth and it was really good. We rode it at a race at Culham and dominated a 125 field that would normally be riding 125 British championship and GPs and then I went to the Ken Hall, had a problem with the bike in the first race but smoked the second one.”

Paul’s selection wasn’t without controversy. Plenty of people thought the place should have gone to an established 125cc rider and the decision to move Nicoll back up to a 500 from the 250 class also didn’t go down well in certain quarters.

“We had a proper patched-up team but we figured it out and my performance on a personal level was just what I needed to go ‘right, maybe there’s an opportunity to go do 125s’. I’d already said before Roggenburg that if I got a couple of top-three, top-five results then I might consider a switch to a 125 and of course I went 1-1 in my class and GB won the Nations and that was it.”