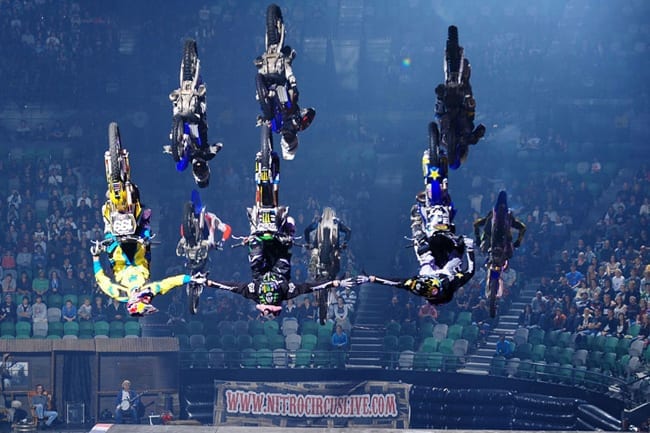 Travis Pastrana’s Nitro Circus Live – which has already performed to record-breaking crowds in the United States, Australia and New Zealand – is set to come to Europe for the first time in November and December 2012.

“I have never toured Europe before and I am so pumped about the opportunity for us to perform live in front of huge crowds over there in so many different countries,” says Travis. “Nitro is all about us pushing each other to the limit every night so you never know what is going to happen at one of our shows!”

A state-of-the-art,  multi-million dollar set has been created for the European tour which will allow the massive production to perform on successive nights in different cities throughout Europe and a one-off show at the O2  in London. It is the first of its kind for an action sports event anywhere in the world and requires 10 trucks to transport the set.