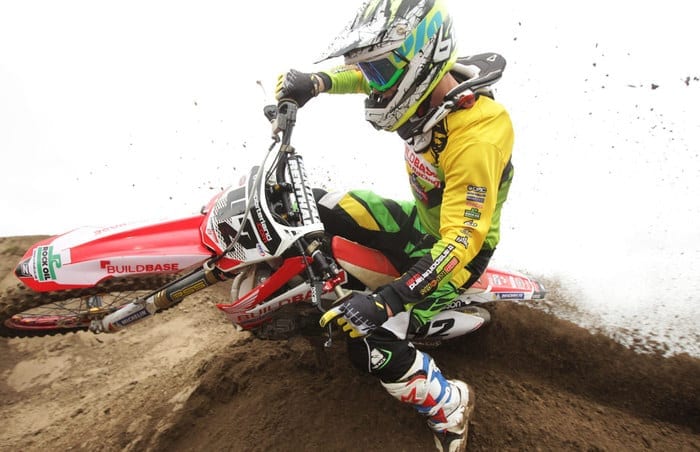 Buildbase Honda’s Nez Parker will retire from motocross after Sunday’s final round of the Maxxis British series at Foxhill.

The 25-year-old from Leyland in Lancashire has suffered a string of injuries throughout his career and at the start of the 2014 season shattered his knuckle which effectively wrote off his championship ambitions.

“The amount of injuries I’ve had is the main reason for retiring,” says Nez. “I’ve had a few offers from teams for next year but it’s just not worth it. If I was still 18 it might be different but I’m 26 next year and I feel it’s time to do something different.

“At the moment I’m just keeping my options open – I still want to ride bikes but I’m not sure if it’ll be enduro, freestyle or even speedway.”

Whatever he chooses to do we’re sure Nez will pursue it with the same passion and flair that’s been the hallmark of his motocross career.