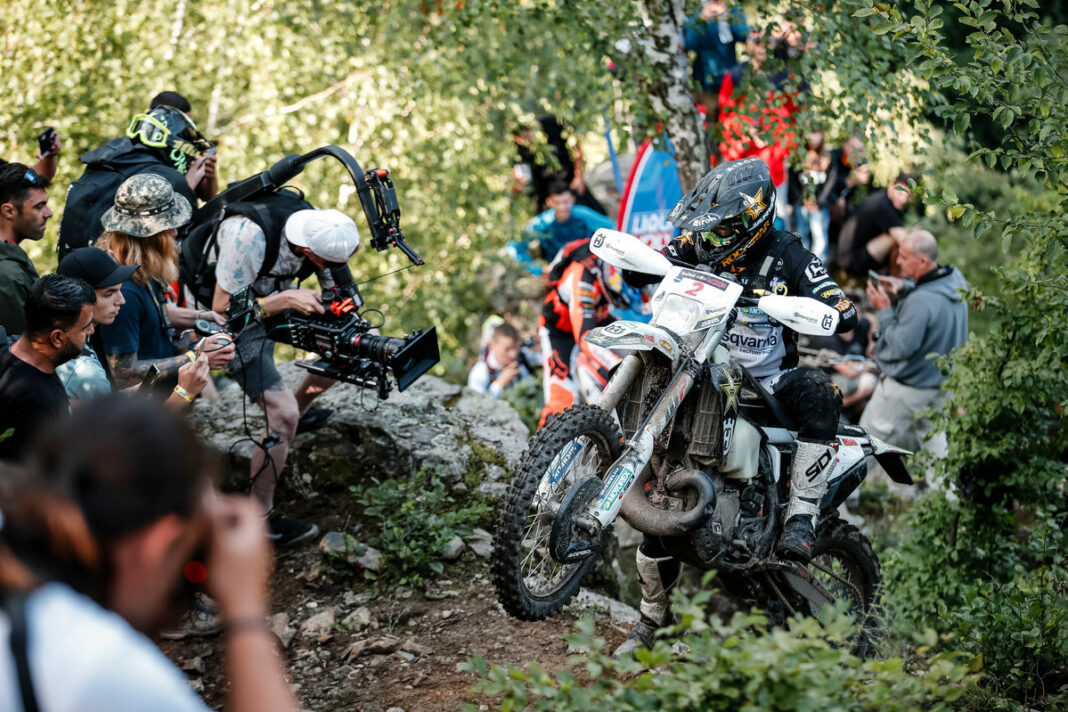 After snapping his ACL in his left leg at round four of the Red Bull Romaniacs, Jarvis travelled to Madrid in spain where he underwent an ACL reconstruction and is now resting at home awaiting the go ahead so he can continue with his rehabilitation and season prep.

Topping of the first full day of off road competition in Romania, Jarvis looked set to battle it out for the overall win as he chased an huge seventh Romaniacs victory. With just 40 mins of racing to go ahead before the finish of the second day, graham twisted his knee on a high speed section, forcing him out of the event.

“I guess there are always positives and negatives with injuries like this, but I’m doing all I can do at this time,’ said Jarvis.

“I managed to get surgery pretty quickly in Madrid, Spain, on the Tuesday after Romaniac’s so that’s a real positive. Thankfully, there wasn’t much swelling, so I didn’t have to wait for things to settle down before visiting the surgeon.”

“Now I’m just resting and keeping my leg elevated as much as possible. It’s a little uncomfortable, but as soon as I can I’ll start the rehab. It’s going to be a long time before I’m back racing, but it is what it is. I’ll be doing all I can to make sure when I do return, I’m as strong and fit as I can be. “

“Right now I’m just taking things day by day. It goes without saying that I’m hugely disappointed, it was one of those silly little accidents. The support I’ve received has been incredible. From the team, from Husqvarna, and from fans all around the world it’s been amazing. Thanks to everyone, and I look forward to being back racing as soon as I can.”