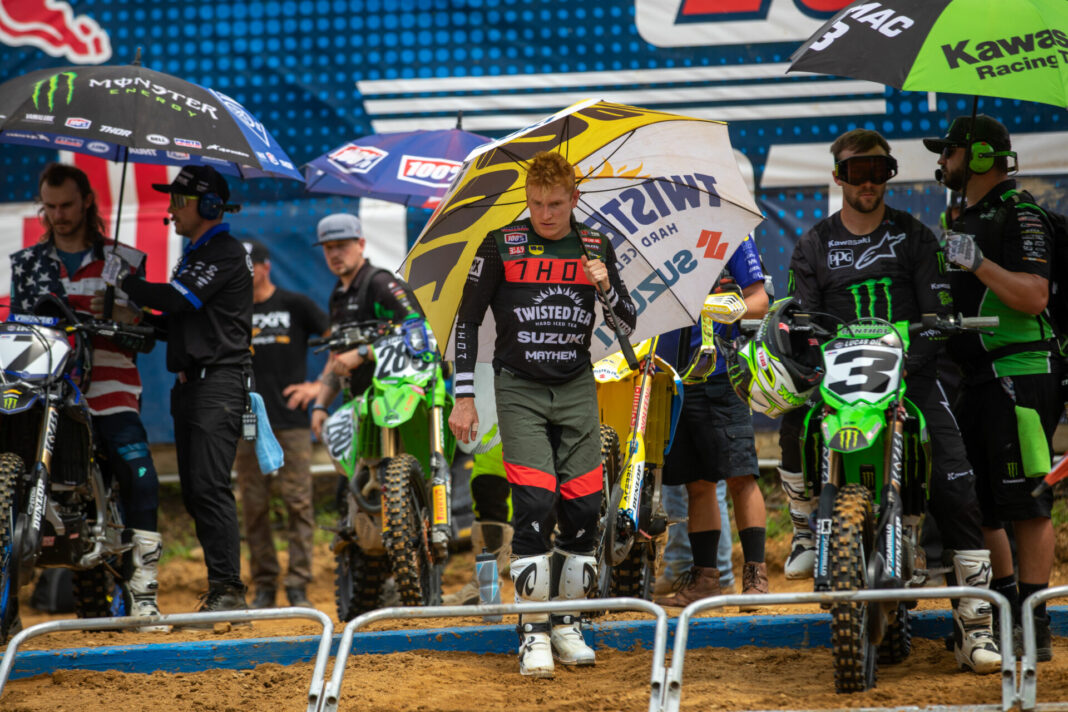 Max Anstie has confirmed he will go his separate ways from the H.E.P Motorsports team at the end of 2021, as he hints at new plans.

The 28 year old Brit rider has had a very up and down season with the Twisted Tea Suzuki team so far, scoring some great results in the Monster Energy AMA Supercross with a twelfth in the Salt Lake City finals for his 450SX debut, and is currently eleventh in the Lucas Oil Pro Nationals finishing a solid sixth at Pala at the weekend.

“I’m here to do the best job I can for my HEP Suzuki team for this next race, but no, I will be going a different direction for next year,” Anstie said post-race on Saturday.

“I can’t say what it actually is, but yeah, I want to move to Florida and I want to be better.”

“That’s my plan. I want to go and train at the 83 Compound, that’s actually a friend of mine, an English guy. I actually spent a little bit of time there last year, Florida, and I fell in love with the place. For training and riding, it was just unbelievable.

“For me, it’s about being around people who are going to make me better. Especially for Supercross, it was tough being in California with Suzuki because we didn’t have a test track that I could ride with other top guys. I was riding at the local practice tracks.”

“Now, with Star Yamaha leaving California, with all of the motocross tracks, there was no-one else out there. There was 10 of those guys riding around last year, so it’d get pretty good, but there’s not many guys now, even for outdoors. That’s the plan for me.”

“I moved to America, I want to race Supercross, that’s what I kinda did when I was younger and I had a great career in MXGP,” he added. “You go from one team to the next, my goal was the world championship and it got to a point where the opportunity was here to come to America with HEP and I really appreciate it.”

“It’s hard to get your foot in the door, especially on a 450. I’d raced 450 for years in Europe and won races, but they write you off, it’s like ‘can he ride Supercross?’. I’m like ‘yeah, I can, let me have a go’. It was one of those where kids normally come over at a younger age, I just wanted to get my foot back in the door.”

“So, it’s all about learning and progressing for me. I want to do that next step and be around guys that I can learn from and try to be better for next season. That’s about all I can say on that.”