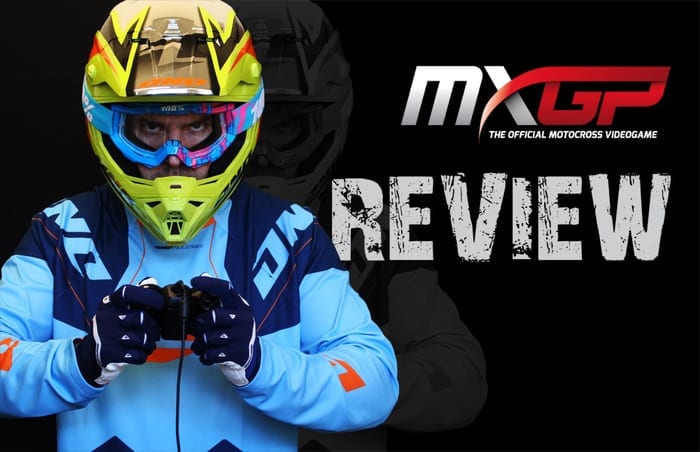 Initial impressions of the game were that it is already a huge improvement on what we’ve previously seen from Milestone with ‘MUD’. What’s even more remarkable is that these impressions were made before I even got on the track!

The arcadey, gimmicky feel is gone, replaced with a sleek and sophisticated-looking game that wants to be taken seriously.

All of this could be inferred from just the home, set up and menu screens as well as the loading pages. For example, as you manoeuvre through the set-up process, in order to get to the racing, you are offered several opportunities to change, alter and adjust a variety of things – such as game assists – in order to tailor the game for you, ensuring that each and every player is able to have to most enjoyable experience possible.

Once the scene was set and my preferred bike set-up was chosen, I was ready to roll and throw it down for the hometown fans (I had chosen to race the British GP around the actual Matterley Basin circuit which proved to be something of a mistake, as the track wasn’t quite as easy as I had imaged!).

As the gate dropped, I instantly realised for myself the vast improvements that the guys at Milestone had made since their last attempt at a motocross-based video game.

Things started off well – I was running up front in the race, the gameplay and physics were impressive and I was having a lot of fun throwing (or trying to throw – although this is no fault of the game, only the player) some whips and scrubs over the huge Matterley leaps. One thing that I quickly came to realise was that this game was easy to get the hang of, but far more difficult to master!

One criticism I have made of previous motocross games is that they are typically incredibly easy to master and that is where I have to commend the MXGP video game because it’s certainly not easy and for me that just adds to the fun! I continually ate dirt and dropped like a stone to the back of the pack… but that’s enough about my racing performance for now!

While MXGP differs in some areas – such as the difficulty levels – there is also a lot of what I am used to and have become accustomed to while playing MX games. For example ‘MXGP: The Official Motocross Video Game’ features dual analogue controls, an innovation first seen in MX vs ATV Reflex, which I feel has changed the state of play for MX video gaming. This is the area in which I feel ‘MUD’ lagged behind the competition, while Milestone’s second attempt has, in my opinion, caught up with the competition. It’s safe to say that once my three laps were up I was most certainly left wanting more…

If anything, there are two distinct features of ‘MXGP’ that could potentially separate this game from the rest. The first is the inclusion of real-life tracks and locations that are absolutely true to form and a completely accurate digital representation of the real-world environments. Have you ever been watching a GP on TV and afterwards had the urge, itch or compulsion to ride the track for yourself? I know I certainly have. And now we can! All we have to do is throw in our copy of MXGP and we are free to recreate the action of that days racing… all while in the comfort of our own bedrooms! That’s a pretty kick-ass concept if you ask me.

Talking of kick-ass concepts, I feel the centrepiece of the MXGP game – the ‘career’ mode – is certainly one of those. To put it simply, the ‘career’ mode enables you to create your own custom player – let’s face it, you’re gonna make a digital version of yourself! – and enter an MXGP event as a lowly, wildcard privateer. With goals set and challenges to beat, you then have the opportunity to impress teams and work your way up. This is most definitely the USP of the game. I personally can’t wait to get racing alongside the likes of Tony Cairoli and Tommy Searle, and start getting noticed by some top teams because, let’s be honest, for most of us it’s the only way that’s ever gonna happen!