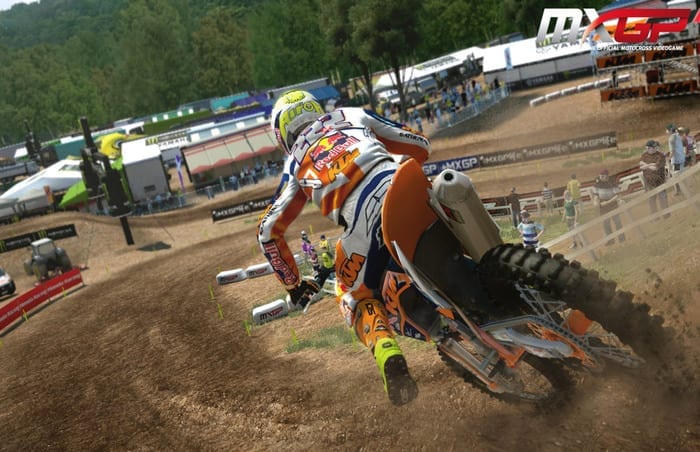 Youthstream are gearing up for the much anticipated launch of the new videogame ‘MXGP’. PQube and Milestone (one of the most recognised racing videogame developers and publishers for consoles and PC) have announced that MXGP: The Official Motocross Videogame will be available in the UK on March 28, 2014 for PlayStation 3, PlayStation Vita, Xbox 360 video game and entertainment system from Microsoft and Windows PC.

MXGP: The Official Motocross Videogame is the official game of the World Motocross Championship. The team behind the new motocross game are promising to ‘authentically simulate the emotion, the mud, the amazing jumps and fierce competition’ and we can’t wait to get our hands on it.

Including a redesigned career mode, MXGP features all the riders, teams, bikes and rules from the official MXGP 2013 calendar. Milestone said in its press release… ‘Experience the intensity of these adrenaline-fuelled races first hand, as a new generation of riders fight it out, to claim the World Championship title race by race.’

“MXGP, The Official Motocross Videogame represents the return of Motocross for Milestone,” affirms Luisa Bixio, Marketing and Sales Director at Milestone. “This new rebranding brings a host of new features that we will unveil during the coming months – additions we’re sure motocross fans will be ecstatic about. Once again MXGP will be characterised by Milestone’s dedication to delivering a realistic simulation that’s loyal to the license and to its fans.”

Giuseppe Luongo, President of Youthstream explains: “Youthstream is delighted to renew our agreement with MILESTONE for the new edition of MXGP, THE OFFICIAL MOTOCROSS VIDEO GAME. Motocross is a fantastic sport; spectacular, extreme and exhilarating – perfect material for a racing game. This new installment will mirror the reality of the sport like never before, allowing players to truly experience the unique magic of MXGP.”

We should be getting our hands on the mx game very soon so we’ll keep you posted right here on dirtbikerider.com