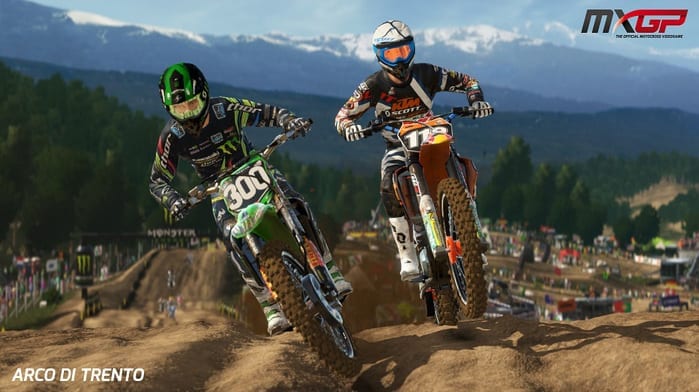 If you’re a Playstation 4 owner like I am then you may have been eagerly awaiting the PS4 release of the MXGP videogame. I know I have. Well PS4 owners your wait is over. The game developers Milestone has today released for sale the PS4 version of ‘MXGP – The Official Motocross Videogame’.

Now I just need to try and persuade the boss to let me go home and ‘test’ the game out – it’s for the good of the sport! But anyway, hopefully you’ve been following dirtbikerider.com all this week as we’ve uploaded exclusive pre-release gameplay footage of four sweet mx tracks – Loket, Sevlievo, Lierop and Arco Di Trento. If you’ve missed any you can scroll down and see the links in the related stories.

The PS4 Version of MXGP features:

Based on one of the most adrenaline-filled and challenging championships ever, dust, emotion, realism, authenticity, amazing jumps and the fight for first position are key elements of the MXGP videogame. A lot of new features have been included into the game that will inspire both gamers and motocross lovers – as new generations of riders/players are brought to life, characterised in Milestones latest masterpiece.

MXGP features all the riders, teams, bikes and rules from the official MXGP 2013 calendar including a redesigned career mode for to brining you closer to the experience of the Motocross.