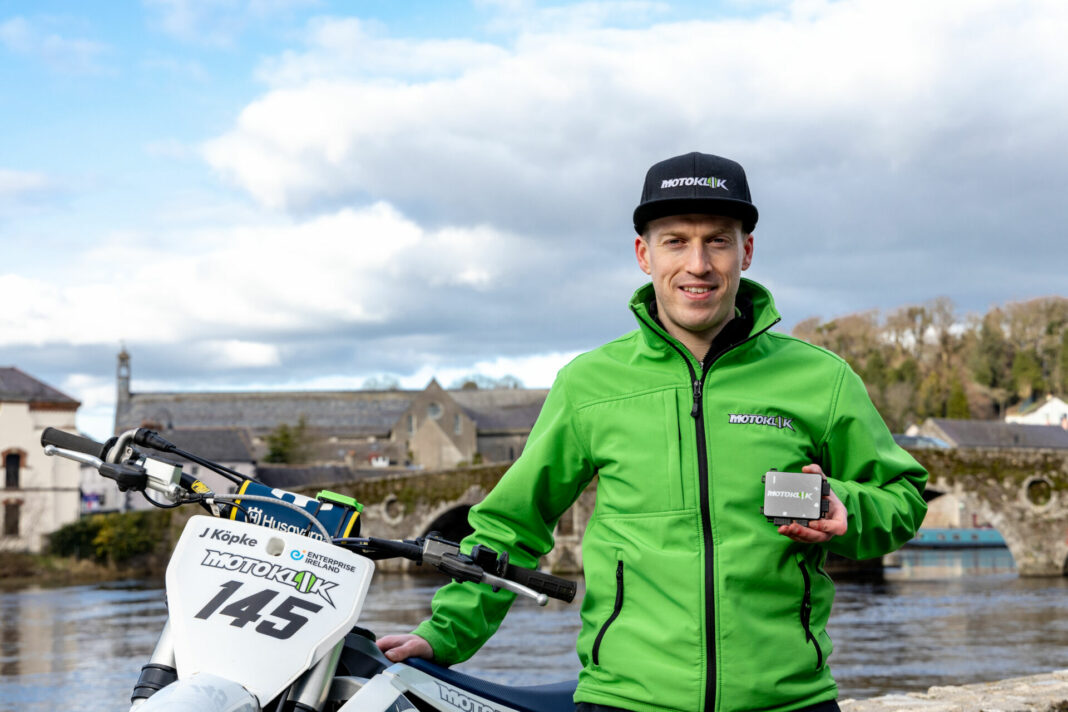 Motoklik, an Irish motorsport Tech start-up, has raised €300,000 in seed funding from investors and Enterprise Ireland for a suspension setup and learning business.

Along with supporting the creation of 10 roles, the funding will also be used to complete the commercial design of the product and launch it into the market.

The company, which was founded in 2018 by Jens Köpke, a former Research and Development Engineer with Bausch and Lomb, and Ireland’s Best Young Entrepreneur category winner, is seeking to make racers faster and safer by improving their suspension setup.

Jens has been racing off-road motorcycles for over 20 years. In 2016, he injured himself in a crash caused by an incorrect suspension setup. As a result, he had the idea to create Motoklik.

Motoklik has developed a cloud-based Artificial Intelligence and Machine Learning platform in collaboration with the European Space Agency. Via a mobile app, it links to an in-house developed motorcycle suspension position monitoring system that provides racers, and race teams, with information on the best suspension setup for current track conditions.

Mr Köpke said the investment will put Motoklik in a position to take advantage of the booming off-road motorcycling sector and prove the technology works in one of the world’s toughest environments.

“Motoklik is a groundbreaking product in Motorsports,” says Mr. Köpke. “Where previously data acquisition and management was only for top end race teams, now our AI and Machine Learning system can help teams and racers at every level to find the best setup, letting them concentrate on one thing – Winning!”

Welcoming the funding announcement Enterprise Ireland’s Niall McEvoy, Manager HPSU said, “We are proud to support Motoklik’s fundraising round to create 10 high value add jobs in Kilkenny over the next couple of years. Motoklik has developed a light, affordable, robust system to measure suspension movement developed for motorbikes.  Jens Köpke is passionate about motor racing and his own experience drove him to use cutting edge technology to ensure that the sport is safer.  This is a significant development for Motoklik and we look forward to working with Jens and his team in internationalising this innovative offer on this exciting venture.”