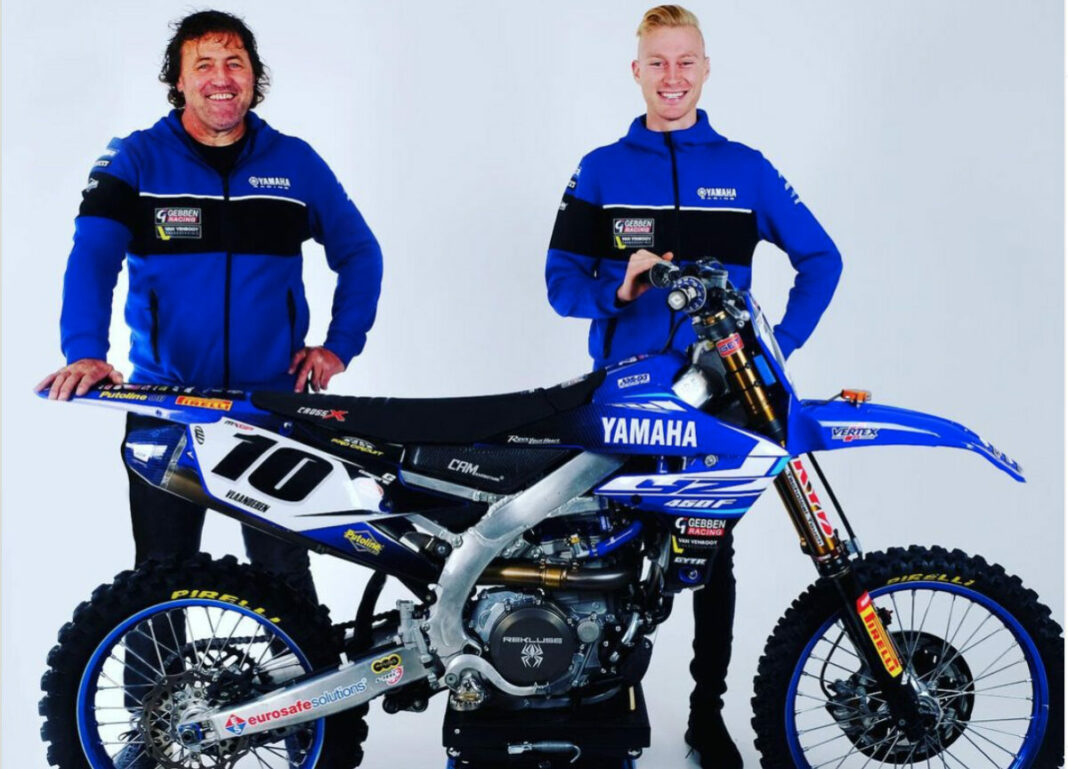 Calvin Vlaanderen will remain in MXGP for the 2021 season

Calvin Vlaanderen will remain in MXGP for the 2021 season after signing a new deal with his Gebben Van Venrooy Yamaha Racing team.

After a strong MX2 career, Vlaanderen joined the team for his rookie season in MXGP. The 24-year-old did not come into the season fully fit after an injury preparing for round one at Matterley Basin, but he continued to improve as the season progressed and started to battle at the front.

The two stand out Grand Prixs for Vlaanderen this year were the MXGP of Lombardia and the MXGP of Limburg with two seventh place overall finishes to show he has the pace to run at the sharp end of a very competitive series.

Vlaanderen and the team will turn their attentions to the 2021 season in what is anticipated to be an even better season for both parties during the second year working together.

As well as the MXGP series, Vlaanderen will also race the Dutch Masters of Motocross provided they don’t clash with the Grand Prix calendar.

“I’m really happy to be signing with Gebben Van Venrooy Yamaha for another year. I want to thank Ruud van Venrooy, Emile Gebben and Klaas Hattem for believing in me and giving me everything I need to reach my goals,” said the Dutchman.

“I really enjoyed working together with them this year. We progressed a lot together as a team with the bike but also with my riding and that showed in the results.

“I am looking forward to having a strong winter preparation to be 100% ready for 2021. I already cannot wait for the new season with the team.”

The team will announce the second rider in due course.

Sophie McGinn - April 11, 2021
Round thirteen of the Monster Energy Supercross Championship saw the worlds best riders line up at the Atlanta Motor Speedway, with one...

‘Not the best ending but a first podium’ – Chase Sexton

The cancellation of the Monster Energy Supercross championship qualifying two threw a lot of riders off their A-game today in Atlanta, one...
Read more

Round thirteen of the Monster Energy Supercross Championship saw the worlds best riders line up at the Atlanta Motor Speedway, with one...
Read more

‘Not the best ending but a first podium’ – Chase Sexton