Clement Desalle of the Monster Energy Kawasaki Racing Team charged back from a first corner fall in the opening round of the FIM MXGP World Motocross Championship to narrowly miss the podium.

The Belgian was one of a four-man breakaway in the opening race at Villa La Angostura in the shadow of the Argentinian Andes as all of the top riders in the championship made a clean getaway. Desalle quickly settled into third place, even closing down the front two at times as each of the front four found different sections of the track to their liking but he was never quite able to mount a pass and was eventually pushed back to fourth, which he maintained to the finish, following a risky move by a rival.

The intensity of the battle was confirmed by the fact that Desalle’s best lap time was within a 10th of a second of the eventual winner.

Desalle’s very realistic hopes of ending the day on the podium suffered a setback at the first corner of race two as he was thrown to the ground and rejoined the race in last position.

Within 10 minutes he had thrust his KX450-SR to 12th place and soon after broke into the top 10; his unrelenting charge right to the end of the 30-minute plus two lap race saw him make one final pass on the last lap to cross the finish line sixth and claim fourth overall on the day.

Clement Desalle: “It was a solid weekend and it was great to be back racing GPs as you can’t find these conditions when you train. We saw that we have a great new bike and Julien proved the performance at the starts. I scored a fourth position in the first moto; the rhythm was really high and I finished not so far from the top three. I’m just disappointed with the second start; I had a good jump off the gate but they ripped the ground in the first corner and I was surprised in a rut and touched handlebars with another rider. I was last but I came back to sixth, which is not so bad as my front brake lever was bent in the crash. It’s good to be going back home fourth in the series; we now have three weeks to work on small details we have learnt at this first GP.” 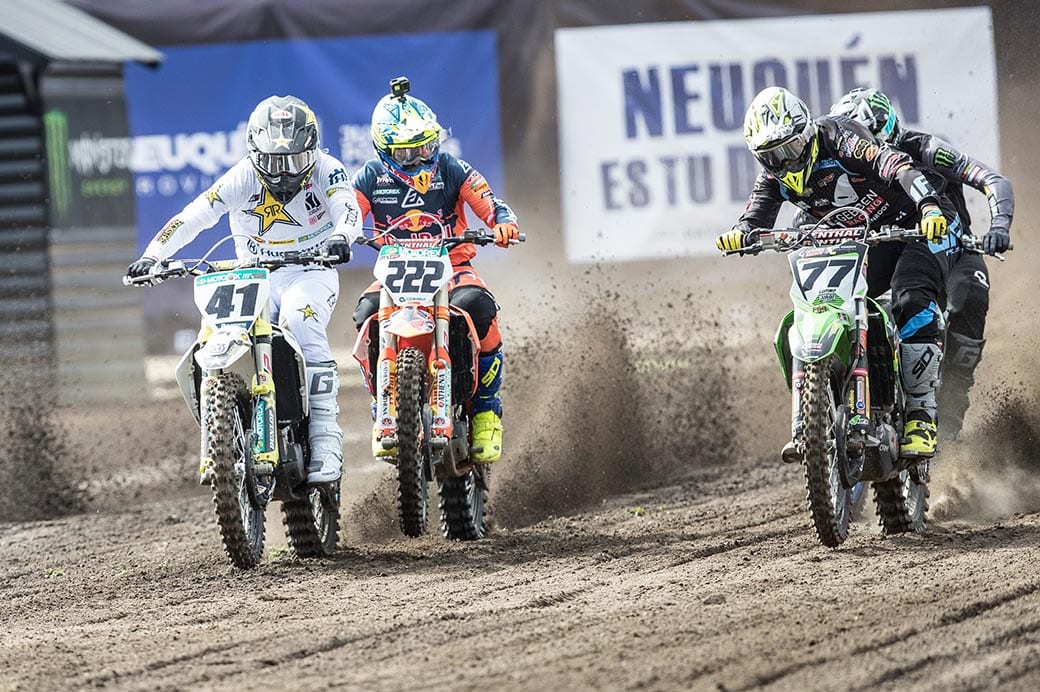 KRT team-mate Julien Lieber once again showed the power of the new KX450-SR as he swept through turn one ahead of the pack in both races to claim the holeshot award each time. The intensity of the racing at the front saw him gradually pushed back during the opening laps of race one as the established stars pounced, but the Belgian, in only his second season in the premier class, regrouped to put in a series of solid laps to retain seventh to the chequered flag.

Two incidents during the opening lap of race two, the second of which saw him fall, saw him lose many places but he showed great spirit to regain eight places before the end of the race. 14th place in the moto gave him 11th overall.

Julien Lieber: “I got two more great starts today to take the holeshot award each time. In the first race several riders passed me quickly and I secured a seventh position. At the second start I got another holeshot, but Gajser was inside me and pushed me to the outside so I lost several positions; then during the first lap Anstie braked hard in a tight corner and I hit him and crashed. I was a long way back when I restarted and I came back right behind Seewer, who was 11th at the finish, but I couldn’t find a way to pass him and lost my rhythm. Of course I’m disappointed with this second race, but overall it was a good weekend.” 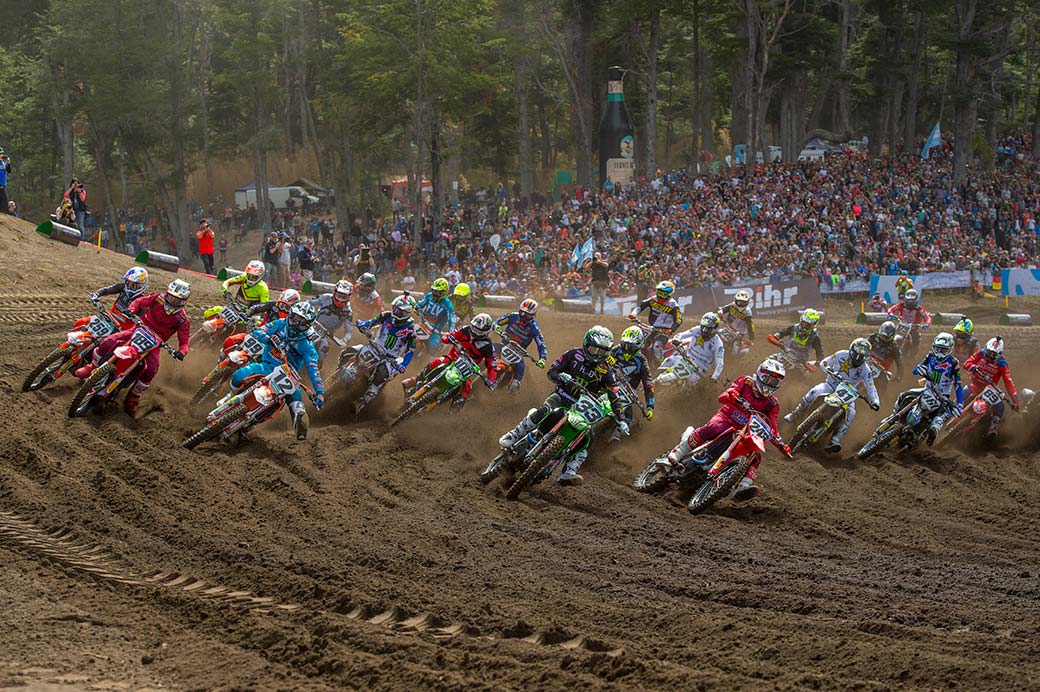 Tommy Searle also made a great impression in his first GP for the BOS Factory Team. The Englishman advanced from 17th to 13th place in the opening moto before capitalising on a strong top six start in race two to hold fifth place for most of the moto, narrowly losing a top six finish only on the final lap when he was edged back to seventh by Desalle. The placing was sufficient to also earn seventh place overall.

Tommy Searle: “It’s been a really good race for me and I can go home happy with my performance. I got a bad start in the first race and ended up just riding round comfortably but I wanted to leave my mark on the second race.

“I pushed hard, I felt good, and I was really impressed by the BOS suspension set-up; it’s the first time we raced properly with it and we actually didn’t need to make a single change all weekend. I was impressed, now we need to work on the engine as we raced with a stock one here so we’ll go back and work hard to be even stronger in England.”

Alessandro Lupino of Gebben Van Venrooy Kawasaki showed character after a winter programme interrupted by injury to narrowly lose the holeshot in race one to Lieber before putting in a solid ride to 12th, and in race two he confirmed his stamina with another strong ride to 13th for 14th overall.

Evgeny Bobryshev, the second member of the BOS team, practised on Saturday but decided overnight that his recently injured wrist was not yet strong enough to risk two GP length motos.