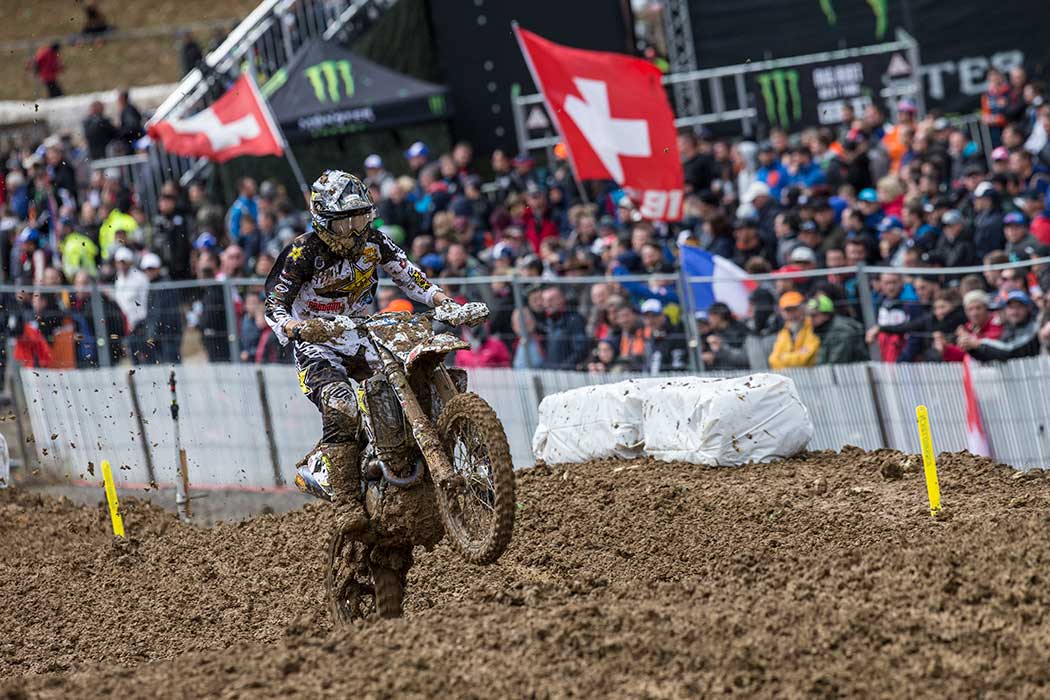 Update: Thomas Covington has been in touch and the great news is that he is fit, well and NOT injured. We’ll have a further update shortly.

Dirt Bike Rider has learned that Rockstar Energy Husqvarna Factory Racing’s Thomas Covington has been injured and will now miss the Be Wiser Hawkstone International on February 11.

If confirmed, it’s a blow for the preparation of the 21-year-old American who’s considered one of the favourites for the MX2 world championship.

We understand that the Alabama native has damaged his knee but we don’t know how serious the injury is at this time.

Covington raced to four moto victories over the course of the 2017 Motocross World Championship, standing on the top box in Mexico and France.

With the first Grand Prix of the 2018 season now just weeks away hopefully #64 can make a quick recovery.

The MX2 Husky Factory rider was certainly looking good just a couple of days ago as you can see from his video below.

We’ll update here on dirtbikerider.com as we get more.