Home News Motocross Thomas Covington fit and well as he eases his way back into... 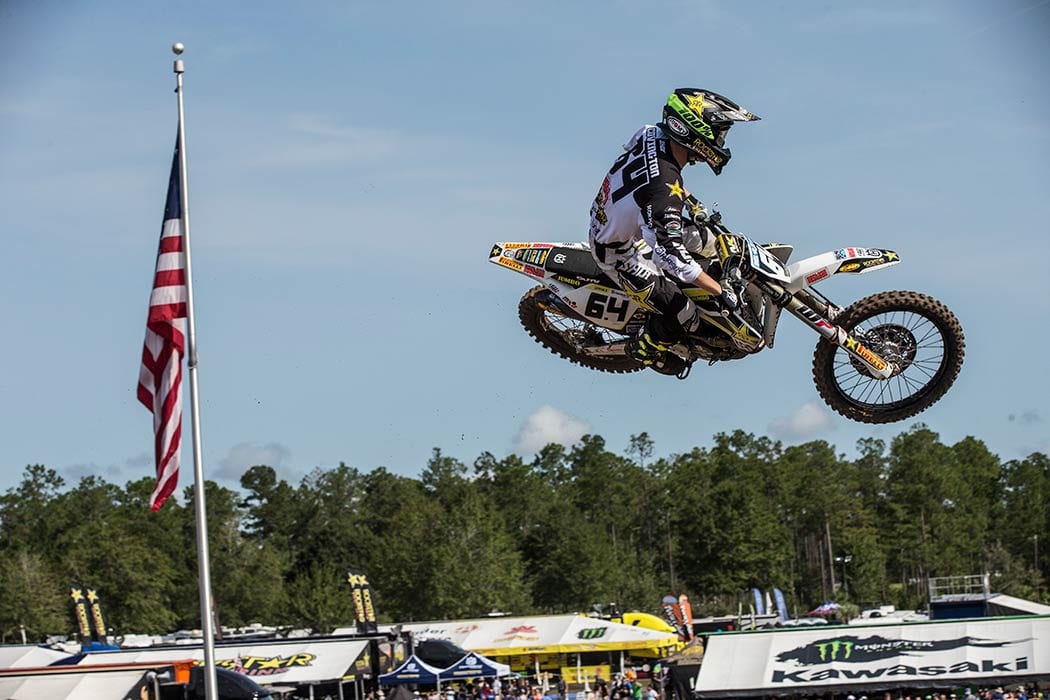 Following the report that Thomas Covington had injured his knee, the 21-year-old American got in touch with us to give us the good news that he is NOT injured.

He is in fact fit and well and just easing himself back into training ahead of the first Grand Prix of the season in Argentina on March 4.

Thomas has been recovering from torn ACL he sustained on the Saturday at the 2017 Motocross of Nations at Matterley Basin. He had an operation just a few days later and has been working with a recovery programme over the Autumn and Winter months.

He’s now been back on the Husqvarna FC 250 for just under a week but at this early stage still considers himself in recovery so sadly will not be able to race at the Be Wiser Hawkstone International on February 11.

“I’m feeling really comfy on the new bike and my knee feels great but just taking it easy for now and coming back into it slowly,” Thomas told Dirt Bike Rider. “It’s a long season we’ve got ahead of us this year.

“Unfortunately, I won’t be able to attend Hawkstone or any other warm-up races this year. I need all the time I can get on the bike riding before the first round of the World championship in Argentina.”

The Alabama native raced to four moto victories over the course of the 2017 Motocross World Championship, standing on the top box in Mexico and France.