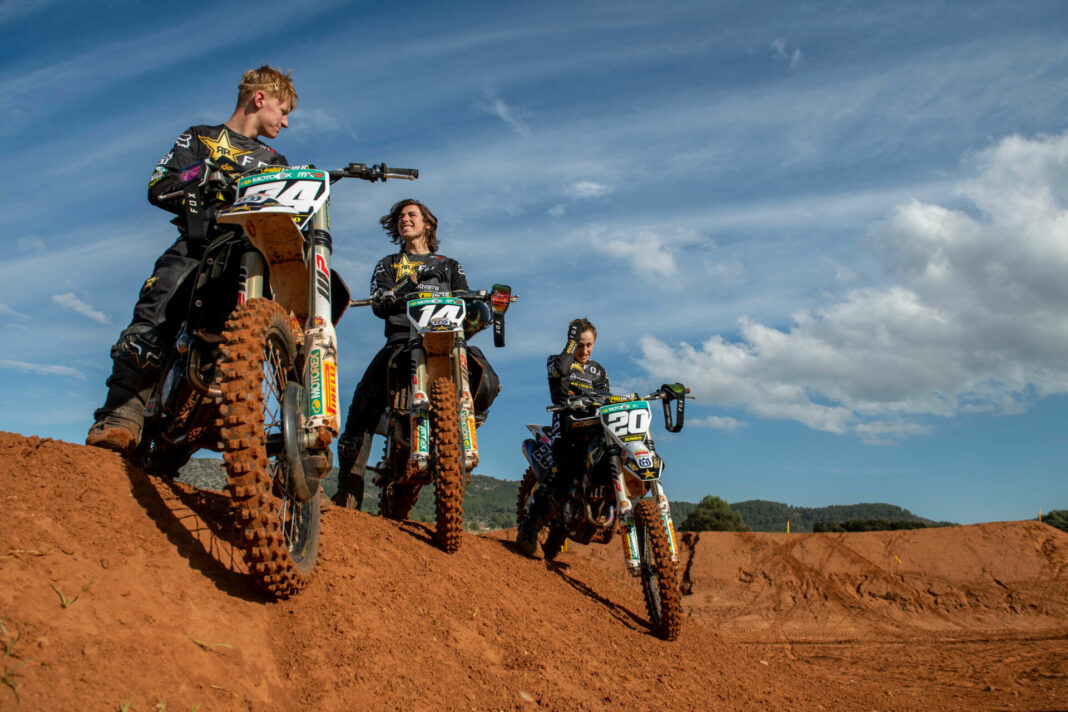 Rockstar Energy Husqvarna Factory Racing’s Jed Beaton and Kay de Wolf have successfully completed their pre-season testing and are continuing their preparations ahead of the 2021 MX2 World Championship start.

Following a productive winter spent sharpening their skills and further developing their FC 250 machinery, both riders are now looking forward to an exciting season of racing, starting with round one on May 23rd.

Travelling to the warmer, drier climate of Spain to ride and train during the off-season proved to be highly productive for the MX2 class riders.

With Beaton and de Wolf enjoying ample riding time while testing a number of new factory parts, both racers have now finalised the base settings of their FC 250 machines ahead of the highly anticipated season opener in the Netherlands.

Beaton will lead the team into the MX2 World Championship following a strong 2020 season in which the Australian narrowly missed out on third place in the final overall standings. Ultimately placing fourth, Beaton’s season was headlined with his maiden MX2 moto win at round nine, together with him claiming three overall podium finishes and nine moto podiums.

The recently turned 23-year-old has enjoyed two years of progressive development with the team to establish himself as a regular contender for race wins and podium finishes. As such, Beaton enters the 2021 season well-placed to challenge for the MX2 World Championship title.

Progressing into the MX2 division for 2021 is de Wolf. One of the most exciting young talents to emerge from the youth ranks in recent years, the 16-year-old Dutchman is ready to begin his third term with the squad after two highly successful years racing in the EMX125 and EMX250 categories.

With the familiar surroundings of his supportive team around him, and with a world-class teammate to draw knowledge from, de Wolf is understandably excited about the prospect of gaining experience and finding his place among the best MX2 racers in the world.

Joining the team for 2021 is young French racer Maxime Grau. The 15-year-old will compete in the 10-round EMX250 championship on FC 250 machinery, his debut season in the class.

The 2021 FIM Motocross World Championship is scheduled to start in Oss, the Netherlands, on May 23rd.