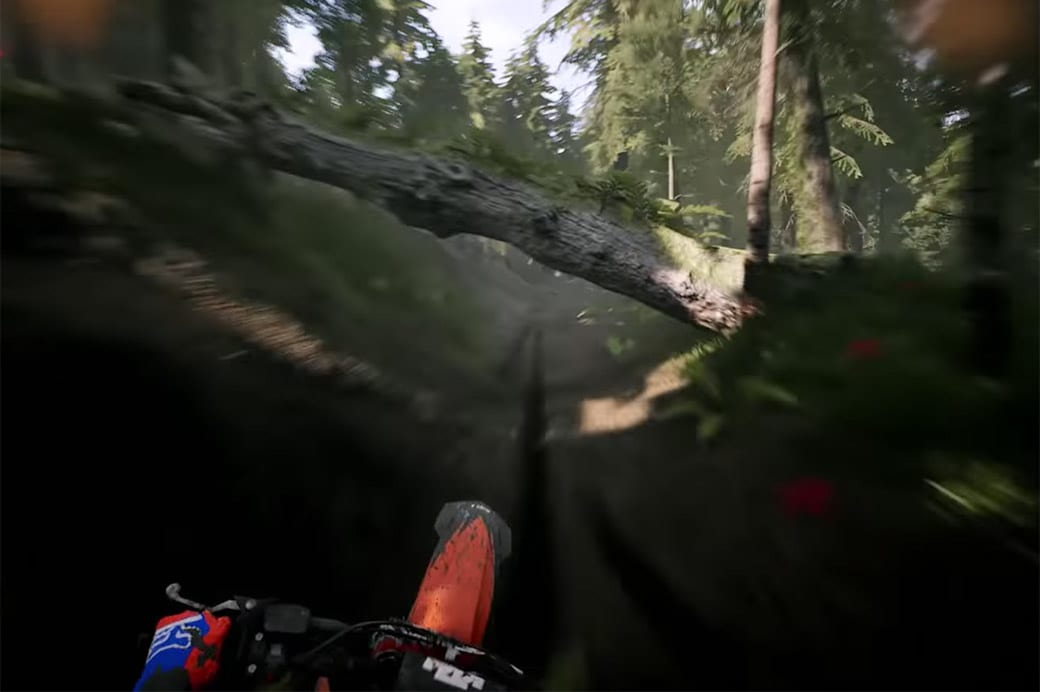 Youthstream and Milestone have announced the return of the Compound, one of MXGP fans’ best-loved features, designed as an even-larger training area, where players can further improve their riding skills, taking part in adrenaline-filled training sessions and getting involved in thrilling races on different tracks with varying weather conditions.

This year, the training compound is designed as a large one square kilometre area of forest inspired by a real-world location, the amazing Esino del Lario, surrounded by the Grigna Mountains and by Lake Como to the South, where players will have the chance to train and explore the area on their own.

The Compound includes two tracks, one for Supercross and one for Motocross, where players can push their limits in time attack mode or against official riders and, for all off-road competition lovers, a more challenging trail has been created, where they can really go full gas and put their riding skills to the test.

The Compound is the designated area for training and improving riding performance to become a motocross champion. It will be possible to test skills in many motocross disciplines: air control, scrubs, cornering, wet, standing starting and braking, each one associated to 5 test sessions, so that players can improve their custom rider’s skills by training with official MXGP riders.

Moreover, as previously anticipated, this year Milestone’s designers worked with exceptional partners: official MXGP riders Tim Gajser, Tony Cairoli, and Gautier Paulin, who together provided extensive feedback during the development of each skill. The result is a real racing feel and impressive realism!

Tim Gajser has been the developers reference for reproducing bike movements in air control and scrubs; then they asked multi-time champion Tony Cairoli how to recreate the bike’s response times in the starting and when managing braking power. Lastly, Gautier Paulin shared his experience and know-how on how to win on different tracks: wet, sand, etc., and minimise cornering times while maintaining full control of the bike.

Tim Gajser explained to the designers how to properly master a scrub. “The scrub is a really special technique,” said Gajser. “I explained how the body moves and how the bike reacts accordingly; to perform a perfect scrub during a race, you need to keep leaning as much as possible, almost cutting through the air, maintaining a low trajectory. This is the only way you can land earlier and gain some time,” then he added, “I tried the scrub feature in the game and I was impressed with the high quality and realism of the reproduction, it was really fun!”

Gautier Paulin added: “The designers did an incredible job, I was surprised to see how the ground was totally identical to the real thing, as well as the bike’s reactions on different tracks, wet or dry; like when the bike loses speed when going up a hill and it goes faster when you come down. I tried different tracks and I gave my feedback,” as for cornering, he added, “I asked the developers to work on the bike’s reaction when entering a corner with banking, the grip that you get with the bike is amazing. The result achieved in MXGP PRO really is unbelievable.”

Last but not least, Tony Cairoli concluded: “This year the designers have done a great job, especially in terms of the riders and bike physics; for example speaking of the braking, it changes greatly based on the type of terrain; I think it was when I tested the wet tracks that I realised that the brakes felt too soft on some sections so the bike wouldn’t brake properly, so I told them about it. I saw the final result after my feedback and I must say that I was really impressed with the realism of the riding feel.”

This year the Compound really is a complete training area; ready not only to meet expectations of fans of the discipline but also of the general public, bringing the thrills that only motocross bikes offer. A place where riders can continuously improve their skills by challenging themselves or their opponents, and above all, by having even more fun than ever.