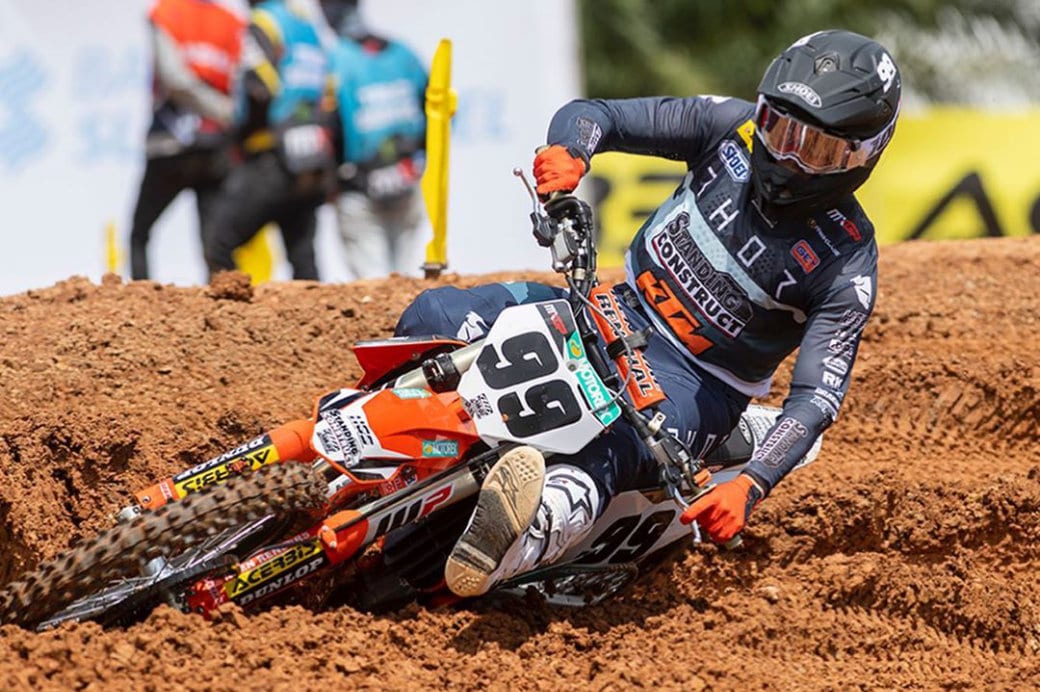 Max Anstie has revealed in an update that he could barely breathe after the qualifying race in Imola and doctors insisted he had to go to the hospital for an overnight stay.

The news came as a shock to Anstie as he’d kept it on two wheels all through Saturday.

In fact, the British rider started his weekend well in Imola, putting in the third-fastest time in practice and would follow that up with a seventh place in the Qualifying race in the afternoon.

Anstie had been feeling uncomfortable ever since his crash in Lommel where he suffered a crash within yards of the start of moto one, which included getting run over by another rider, but as he was able to go on to win the second moto, he just expected he would heal up.

That assumption from the tough Brit meant he never got diagnosed until things took a turn for the worse after Saturday’s qualifying race in Imola. Immediately he was struggling to breathe and after the race he was examined and then sent to the hospital.

He’s on an overnight stay in the hospital and is feeling frustrated. Frustrated because he was dialled in for the track and frustrated because it’s a bad time, he feels, to be out with an injury when there are team spots to fight for.

Of course, he has ruled himself out of the points-paying motos. We wish Max a full and speedy recovery.

Here’s what Max had to say about how he got to this point and how he’s feeling:

“Alright so I’m in hospital wondering how in the world I’ve ended up in here! So apparently I have pneumothorax which as far as I can understand here is gas around the outside of my lung. The doc said I have a small hole in my lung. I didn’t even crash today!

“They are saying from my crash in the first moto at Lommel on the start that my lung was damaged. I didn’t bother getting checked after the race because I won the second moto and thought I would just get better in a week or so! I have been complaining about my shoulder for the last couple of weeks because it feels like my shoulder blade is just stiff and when I breath in it’s just tight.

“Well today I felt good on track, after timed training I thought my shoulder was hurting more so I took some paracetamol and got on with it in the moto. But straight away I was struggling to breathe very well, but I just thought I must have muscle cramp under my shoulder blade.

“Anyway I came in from the race and could barely breathe so the docs did some scans and told me I have to go to the hospital and stay in here overnight and see if tomorrow they need to drain my lung.

“I have never experienced this before! I thought they would just give me some pain killers and I would be good to go.

“So annoying at this time when I’m riding for a job too. I felt good out on track and was ready to go hard in the motos. Not much I can do right now except listen to this beeping all night from the machines in the hospital. I’ll keep you updated but I’m definitely not riding tomorrow. I don’t even feel bad just breathings a bit hard but man this is annoying.”