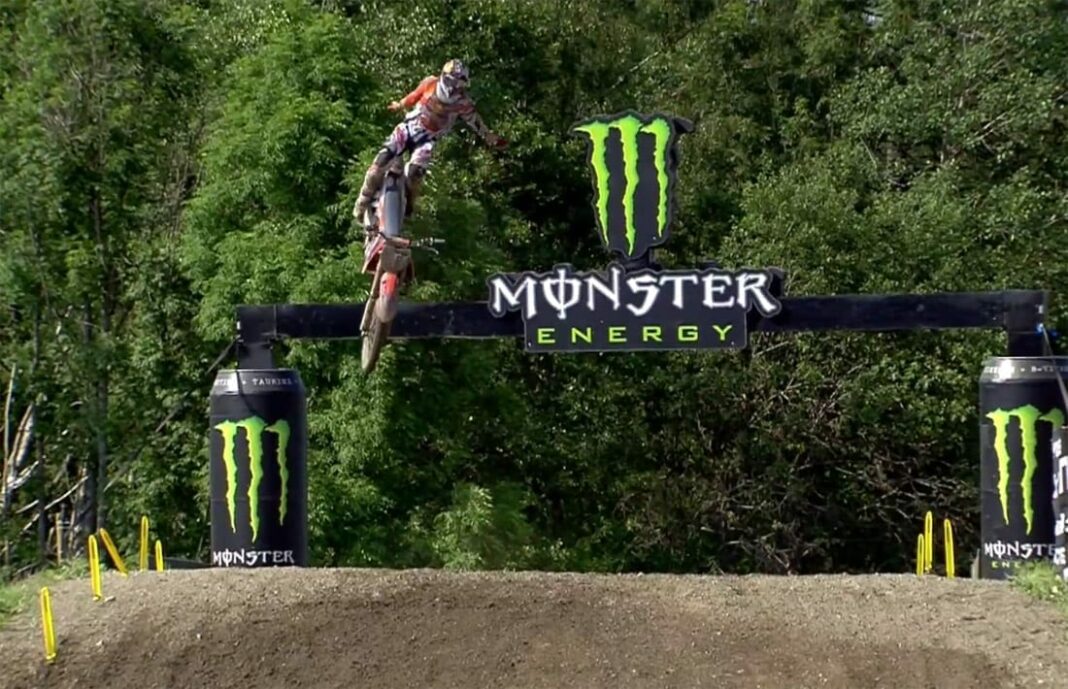 Red Bull KTM’s Pauls Jonass was extremely luck to walk away from the second MX2 moto at last weekend’s Grand Prix of Sweden after a massive crash that left the Latvian with a minor concussion and ended his chances of a fourth podium finish of 2015.

“I tried to scrub the jump a bit too hard and I caught my foot on the take-off; big crash,” the factory rookie said exclusively after the race. “When I was up there I was thinking ‘what the f*ck! What’s going to happen now?!’. I was really lucky actually. I could have broken many bones and the bike nearly hit me. I was lucky this time.”

Jonass led the opening moto at Uddevalla for 10 laps; the longest he has fronted the MX2 field in his first season on works 250SX-F equipment and the fifth time in 2015 that he has made his way into first spot.

The 18 year old faded back to fourth mainly as a result of sickness in the build-up to the 11th round of 18. “I was sick for two or three days with the flu and didn’t feel great when I tried to ride afterwards,” he commented. “It meant one week doing nothing. I felt really good at the beginning of the first race but the last 10 minutes were really bad and I got so tired. Anyway it was good to finish fourth.”

Jonass is now recovering from any lingering effects of his Swedish get-off before his biggest race fixture of the year and his home Grand Prix at Kegums this weekend. “I think I will be okay,” he said. “I will take it easy this week to recover well. I’m sure I will be in good shape for Latvia.

“Maybe not 100 per cent but enough to show for a good result. It will be a big weekend for me but I want to try and treat it like a normal GP to not put any pressure on my shoulders. I will not go there thinking ‘I must win!’ I want to have two good consistent motos and for sure it will be good to get on the box but the goal is to have solid motos without crashing!”

Jonass’ DNF in Sweden meant that he lost significant points for the championship standings. He dropped to fifth, behind Jeremy Seewer, but is only 28 points from third spot. The month of August should be prosperous for #41 with three sandy meetings ahead. Thanks to his Belgian base Jonass is accomplished in the terrain and scored his best result of an apprentice year in 2014 at Lommel with a first moto classification of fifth place.