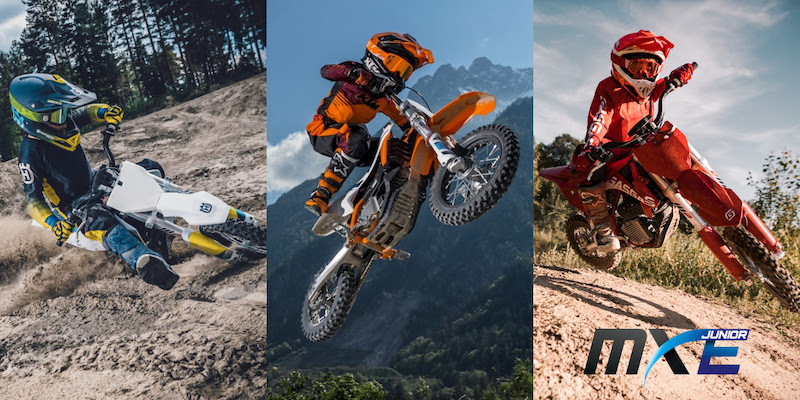 Infront Moto Racing, together with KTM AG and FIM Europe have announced a new partnership which will see the formation of the FIM Europe Junior e-Motocross Championship that will run over the next two years.

The all-new electric European racing series will be held alongside selected FIM Motocross World Championship events, with the new category introducing a fresh generation of riders onboard electrically powered machines.

This new collaboration between Infront Moto Racing and KTM AG, with its brands KTM, Husqvarna Motorcycles and GASGAS, will see the two join forces and continue on their shared mission to develop young talent. The development of this new championship is the ideal opportunity to do so, thanks to Infront Moto Racing’s drive to advance motocross worldwide combined with the philosophy and futuristic vision of KTM AG and its brands.

The FIM Europe Junior e-Motocross Championship will run as a five-round series for riders aged six to eight years old, which will begin at the 2021 Monster Energy FIM Motocross of Nations in Mantova, Italy in September. The on-track sessions for the new class will feature a free and timed practice, followed by two races on an adapted version of each Grand Prix track.

The winner of the 2021 FIM Europe Junior e-Motocross Championship series will receive an exclusive prize, a three-day opportunity with a factory race team, which will give the young European Champion exclusive access and a tailor-made training experience with world championship level athletes.

Young riders can compete onboard KTM SX-E 5, Husqvarna EE 5 and GASGAS MC-E 5 machinery and will be provided with a special entry package including a branded cap, bottle, t-shirt, umbrella and pit-board. All junior riders entered into the class will also be offered the chance to attend talks and track walks (during race weekends) hosted by some of the best professionals in the business.