Conrad Mewse wrapped up his MX2 World Championship season at Imola last weekend, his 22nd place sealed 12th place in the 2018 points standings and the young Brit has now agreed on a deal extension with the official British KTM squad.

Hitachi ASA KTM UK announced the deal this morning via Facebook: “Hitachi ASA KTM UK are [sic] pleased to confirm Conrad Mewse has renewed his MX2 contract with the Team for a further two years. We look forward to working hard with Conrad to take him to the next level in the World Championship in 2019 and beyond.” 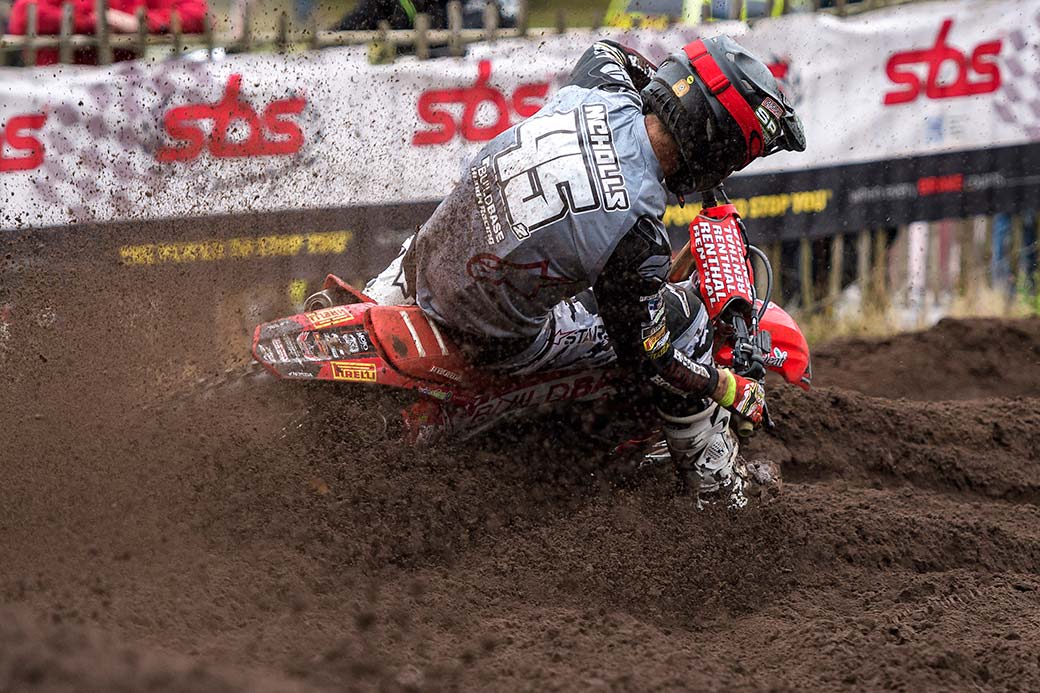 Devastating injury for Jake Nicholls after freak accident at Blaxhall

Mewse was a victim of the chaotic start of race one at Imola for the final round of the FIM Motocross World Championship and had a battle on his hands to recover from the very last position. The 20-year-old quickly made up a handful of places on lap one and broke inside the top 30 one lap later, determinedly picking up rivals despite the gaps ahead getting more significant.

Mewse made good progress to 24th spot by the final two laps and maintained that position to the chequered flag. The three championship points earned secured his position in the standings, just ahead of fellow Brit, Adam Sterry.

Mewse’s Hitachi ASA team-mate, Graeme Irwin, had a big crash in the second MXGP moto which left the Northern Irishman with a broken wrist and will soon undergo surgery. Irwin will now miss this weekend’s Motocross of Nations at RedBud.