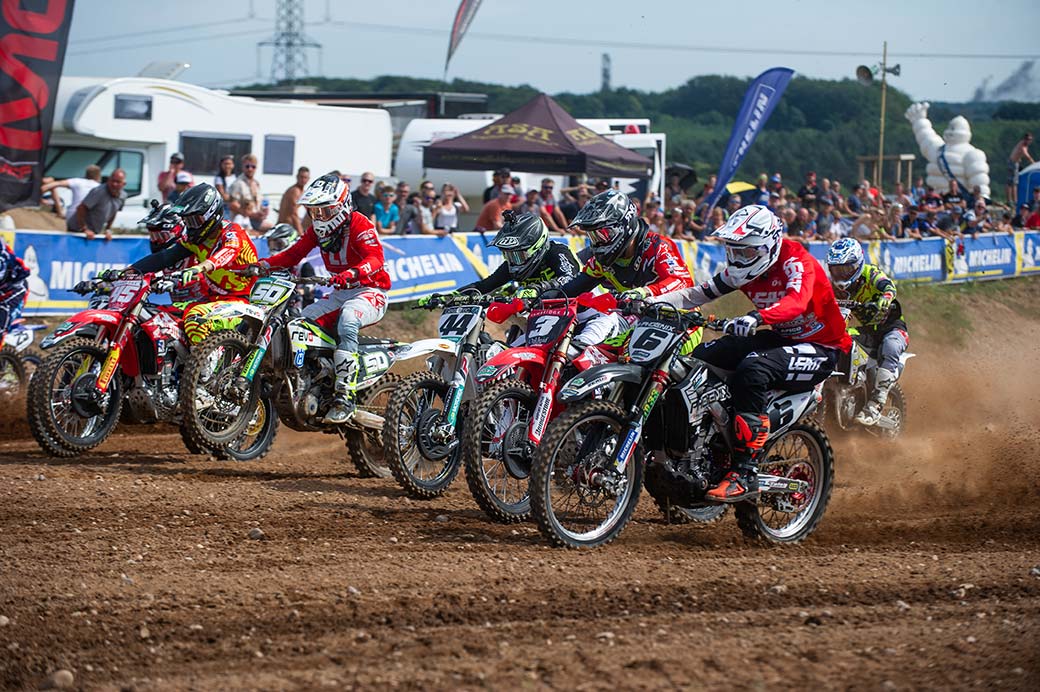 The MX Nationals British Championship heads to the final round of the 2018 season this weekend at Cusses Gorse, near Salisbury, Wiltshire.

Jake Nicholls (Buildbase Honda) leads the premier Pro MX1 class by 31 points over long-time pal and racing rival Elliott Banks-Browne (Geartec Husqvarna) who has an advantage of 53 points over third and fourth placed Gert Krestinov (Phoenix Tools Honda) and Ryan Houghton (Rob Hooper Yamaha). The focus will be on Nicholls and Banks-Browne though, as with 50 points up for grabs on Sunday, the pair are safe at the top but neither rider will be willing to settle for second; it’s set to go to the wire. Liam Knight (Trevor Pope KTM) and Micky Eccles (Manchester M/Cs Husqvarna) round out the top six.

Over in the Pro MX2 sector, Josh Gilbert (Buildbase Honda) has a narrow advantage of 16 points over 2-stroke mounted Brad Anderson (Verde Substance KTM), with Lewis Tombs (Putoline Planet Racing) a further 22 points back. Again, there are 50 points on the table in this class and any one of the top three has a mathematical chance of lifting the 2018 class trophy. Revo Husqvarna’s Mel Pocock, in fourth on 133 points, can’t take the championship title, but could well finish on the podium. Taylor Hammal and Alexander Brown (Husqvarna) are fifth and sixth.

All other classes in the series will have four races across the two-day weekend and therefore, there are a hundred point to be had. Three class winners have already been declared with Jason Meara a safe 127 points ahead of Ben Clark in the Expert MX2 group, and Ryan McClean 80 points behind; in MXY1 Joel Rizzi (Crescent RFX Yamaha) is a good 130 points in front of team-mate Bobby Bruce who is 69 points clear of Ollie Beamish; and Ryan Mawhinney, in the BW85 class, has cleaned up with 128 points over Jack Grayshon, with Callum Baldwin just 23 points adrift in third.

Elsewhere in the championship, the classes are fairly wide open with Richard Bird leading the Expert MX1 class by 70 points; Aiden Christie at the top of Clubman MX1 with a slim margin of nine points; Harry Foster topping the Clubman MX2 with 33 points; and Bailey Johnston in SW85s with 64 points.

Timed practice will start at the regular time of 9am on Saturday, with racing getting underway at 11am for all classes, except the Pros who race only on Sunday. Race day kicks into action at 9am.

Weekend tickets are £15 on the gate, with children aged 12 and under gaining free admission. Discounted tickets are available from www.mxnationals.co.uk