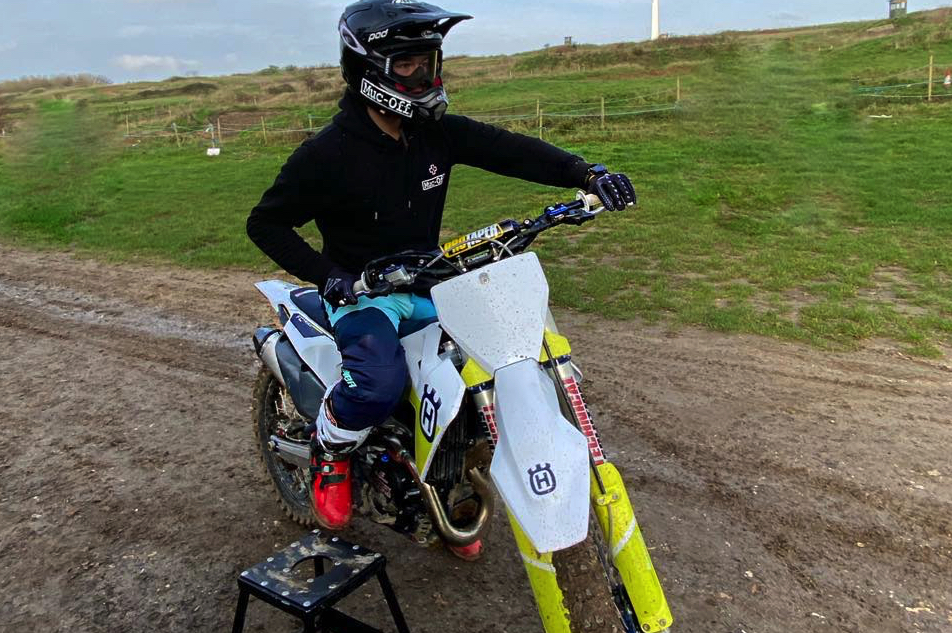 Jake Shipton had his first ride on his new bike yesterday and all the signs are positive that his switch from Crescent Yamaha to Apico Husqvarna was the right move.

When DBR caught up with the three-time Patchquick winner he was feeling the after-effects of his first bike-time in two-and-a-half months.

“I’m just on the spinner because I’m a bit sore after yesterday’s riding,” he said. “It was my first day on the bike and I felt like a kid at Christmas!

“I was at Ashdown Woods which is a really fast track but really slow in the woods so I had a bit of everything. There were a couple of deep ruts and I was always cautious of ruts but on the Husqvarna I felt I could get up on the pegs and just drive all the way through and not be worried about anything.”

The 27-year-old has ridden Yamahas since 2017 but before then he was KTM-mounted so the Euro feel of the Husqvarna isn’t exactly uncharted territory for him.

“I think the steel chassis suits me better. It lets me just dig in and find grip. The bike I rode had suspension, ignition and pipe but chassis wise everything was standard and overall it feels a lot more comfortable. The hydraulic clutch feels like it gives me so much more control.

“The power delivery was great but the biggest thing was the lightness of it. Unbelievable. It doesn’t feel unstable in a straight line but in the turns you can flick it about so easy. It sounds like I’m contradicting myself but it’s stiff and at the same time forgiving. It does the whole package and I feel like I can push really hard.

‘The brakes are amazing – that’s one of the things I noticed straight away – and overall I’m very happy. I’ve never had this feeling with a bike before from the get-go. It suits me a lot better. I can’t believe how much more comfy I feel. It’s going to be good.”

The downside of Jake’s team switch is that the Apico HQ is based almost 300 miles north of his Dorset base but, ever the optimist, Jake’s focusing on the positives.

“My mechanic Ryan’s based in Yorkshire so it’s far from where I live but it’s good because I have a base mid-country so I can get to all the main practice tracks whereas here I have to travel a lot.”