The 27-year-old Carrickfergus rider hit international headlines after claiming the British MX1 title in 2017. Riding for KTM in 2018 for Roger Magee’s Hitachi ASA KTM Team on the KTM 450 SX-F, Irwin’s season was marked by a series of severe injuries, including burns to his back at Round Four of the Maxxis British Motocross Championship at Blaxhall in May, and a split upper lip in the 16th round of MXGP at the Grand Prix of Switzerland in August.

With typical determination and a will to win that he’s showed throughout his career, Irwin continued to ride doggedly in both championships. However, Irwin broke his scaphoid in the final round of the MXGP season at the Italian GP in Imola, and it has been this injury that has caused his premature retirement. After five further surgeries to rectify the damage the married father of two subsequently made the decision to leave the sport and end his career at the highest level of motocross.

“It is a sad day for me and one that I never thought I would have to make in these circumstances, but I don’t want to just race on making up the numbers,” said Irwin.

“Right up until this week I have been trying to get ready for the new season, but after talking to the doctors and having another ride on the bike I have had to come to the decision to step away from motocross.

“The break was quite a complicated one. It was a bad scaphoid break, with all the tendons being wrecked and I also dislocated my wrist pretty badly.

“Since the accident I have since had five surgeries on it, so it hasn’t been much fun. Don’t get me wrong, I could still ride a motocross bike, but not to the level that would allow me to win another British title and race against the best in the world.” 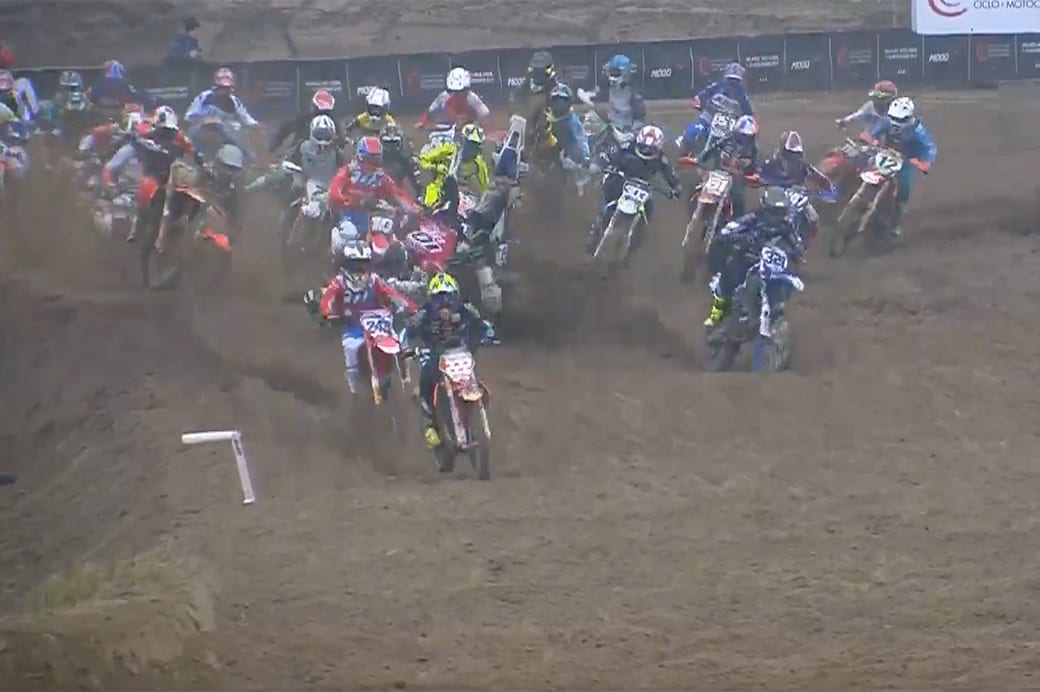 CRASH: The brutal Mantova crash that destroyed Romain Febvre’s bike, and his ***

Summarising on his career Irwin continued: “I have won everything there was to win on the domestic scene. I won the British Youth Championship, Ulster and Irish titles, British Masters Championship, won the MX Nationals two years in a row, as well as the British Maxxis Championship so I’m happy with what I’ve achieved.

“The training and the riding was everything for me. I loved riding the bike and it’s not that I have lost interest in the game. It’s not like that whatsoever. I will always ride a motocross bike for fun. The sport has been so good to me and I will miss it so much. And I owe so much of my success to Roger Magee. I started my career with him and I have now ended it with him. I couldn’t have asked for a better team boss and friend. I sincerely wish him and the team all the success in the future.”

Team Principal Roger Magee said: “When Graeme started with my Team in 2009, he showed a lot of promise from the start, winning his first MX2 British Championship race at Little Silver in Devon. Over the years we have had many memorable moments both on and off the track which we will cherish in the years to come. It is a massive blow to Graeme and the Team, but we must now both accept the reality and deal with the situation. From the bottom of our hearts we wish Graeme all the very best in the future in whatever career path he chooses. I know he will give it 100 per cent – as he always has done in the past.”

Commenting upon the decision, Matt Walker KTM UK: “Obviously this has been a very difficult decision for Graeme to make. He is such a talented rider and he has always been great to watch. We hoped he’d end his career with KTM, but in ten years’ time, not now. It’s a big blow for the Hitachi ASA KTM Team, but I know that Graeme will by shouting on Conrad Mewse and Bas Vaessen in their full-on assault in the 2019 FIM Motocross World Championship and the ACU British Motocross Championship. We wish Graeme well as he continues his recovery and hope he stays in the sport as he is a great asset to the world of motocross.”