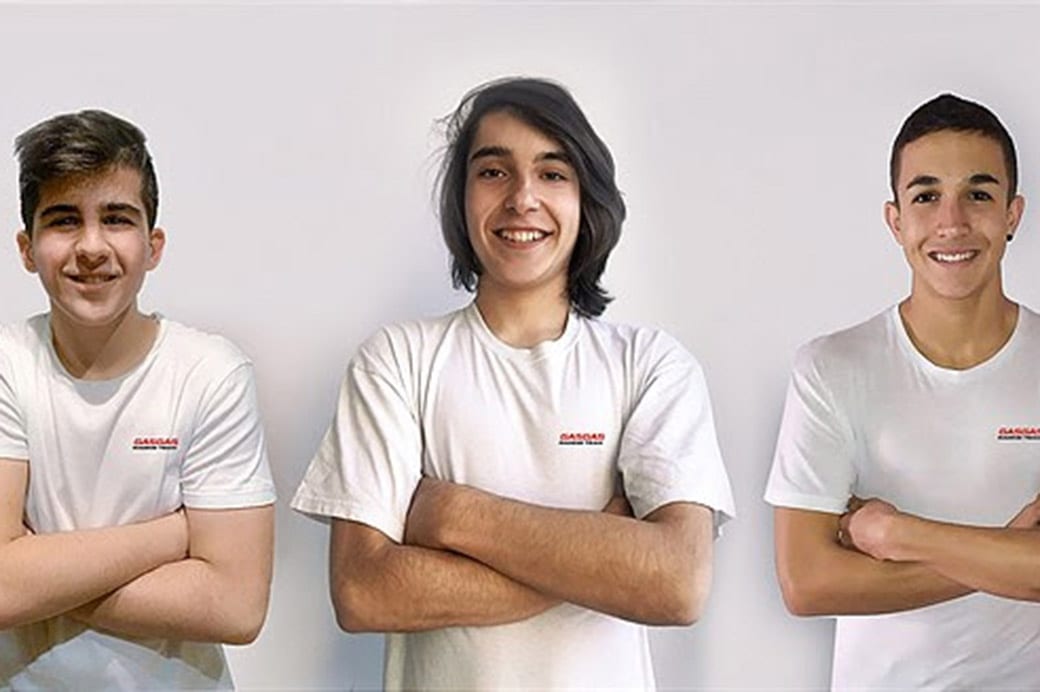 GasGas Factory Racing are pleased to announce that they will officially support the F4E team in the eight-round 2020 European Motocross Championship EMX125.

Together with the Spanish RFME federation, the team will develop and assist a trio of 16-year-old talents – David Braceras, Gerard Congost and Guillem Farres.

Robert Jonas, VP Motorsports Offroad: “Thanks to F4E and the work of the Spanish Federation, together with Standing Construct GasGas Factory Racing and Diga Procross GasGas Factory Juniors, GasGas will be present across many levels of MXGP and EMX for 2020.

It’s especially exciting that we have this Spanish link for the brand and are in the search for the next Jorge Prado. EMX125 racing is tough but a useful learning ground for the youth who have dreams of MXGP. We hope this new set-up will be an important first step for riders and those keen to enjoy success in GasGas colours.”

Jimmy Verburgh, F4E Team Manager: “I am very happy that GasGas has chosen us to run their EMX team. The RFME wanted to use our structure and saw good potential with the way we go racing. I think with these three youngsters we have a very strong team for next season.

“The guys have good experience in EMX and should aim for top results. We’ll be pushing for the maximum, but I want them to have fun with their racing – no pressure, just enjoy it and the rest will come.”

All riders have a strong pedigree in the series, with both Braceras and Congost having already secured top-six race finishes in 2019. Farres ended last season inside the top-10 in ninth, while also securing two top-three race results.

Acting as an important stepping stone into the FIM Motocross World Championship, the RFME youth development programme aims to ready young talent for a future career in top-level racing.

The EMX125 series promotes 125cc two-stroke machinery and is a crucial and extremely competitive first rung on the ladder towards the FIM Motocross World Championship and MXGP.

The EMX125 series will be held at eight rounds of the 2020 MXGP championship – Britain, Spain, Portugal, France, Belgium, Sweden, Finland and Italy.

The opening round of the 2020 EMX125 championship takes place at Matterley Basin, Great Britain on March 1.