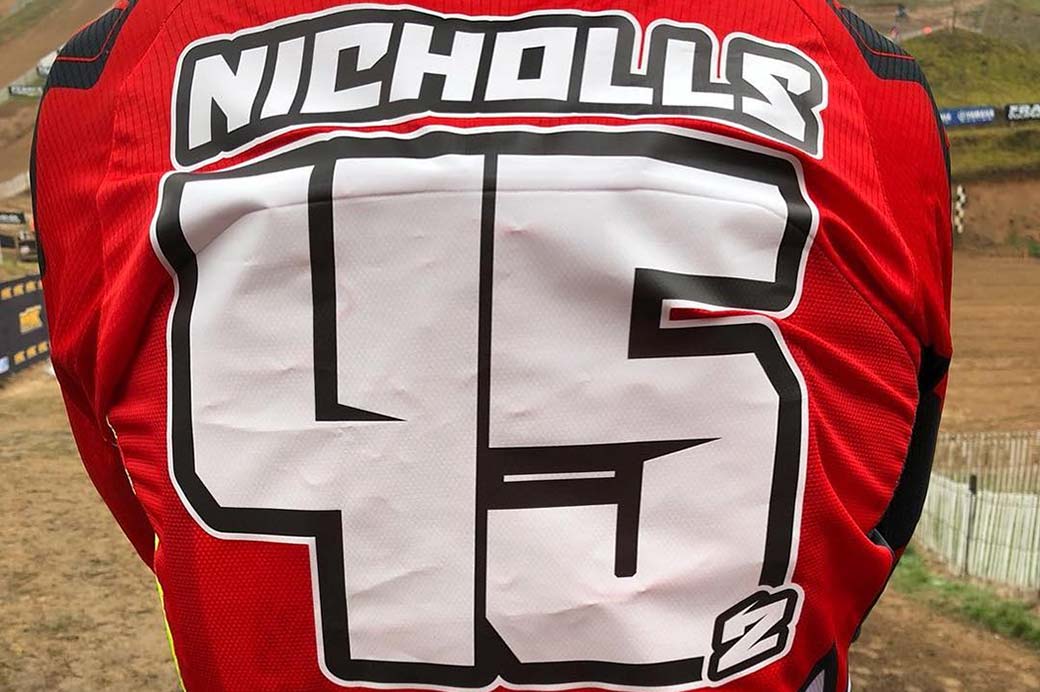 With the weather in the UK hitting the start of the motocross season, Jake Nicholls has had to remain patient as he worked his way back into racing following his dislocated hip in April 2017.

Now retired from the demands of the Motocross World Championship, Nicholls was due to have his first professional race in nearly 12 months at the opening round of the ACU British Motocross Championship but bad weather hit the Lyng round.

So Nicholls was in France last weekend as he raced the opening round of the French Elite championship at Gueugnon near Dijon. He still had to battle snowy conditions but had two solid motos to finish sixth overall.

Nicholls started really strong taking third spot in qualifying and he carried his good form into the opening moto, taking the holey but running a little wide. Jake said he rode a bit “tense” but still managed a fourth-place finish.

The Buildbase Honda rider had a first lap crash in the second moto and had to test his fitness as he raced from dead last to eighth place for sixth overall.

“Thanks to the team for helping me get things organised and to my mechanic Rob for everything, getting down here with me to kick off our season,” said Jake. “Thanks also to Josse Sellafranque from the French Honda team for the help and Gerard Valet for sorting the entry and license.”