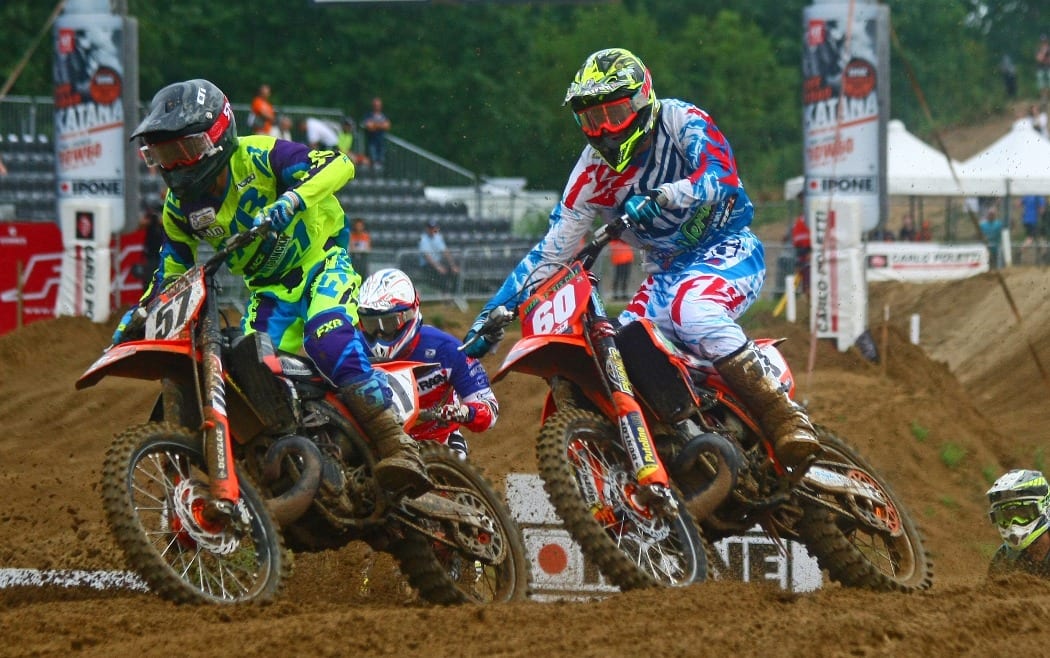 The MXGP tour arrives in Valkenswaard, Holland this weekend where the EMX300 and EMX125 championships will kick off.

There’s a strong British presence in each championship with a very good chance of the Union Flag flying above the podium on Sunday.

Reigning champion Brad Anderson leads the British contingent as he seeks to defend the title he clinched in Switzerland last year with the Verde KTM team.
‘Ando’ was dominant in 2017, winning six out of 10 races with a third place being his worst result.

Penalised in Valkenswaard last year for a noise infringement when he raced in the EMX250 class as a warm-up he’ll be using the longer silencer this time around just to be sure.
History

Bob Buchanan’s GL12 KTM team provided much of Brad’s competition last year and look strong again after using the Arenacross series to hone their skill through the winter.

Mike Kras will contest the whole series although James Dunn (winner of two rounds last year) will use Valkenswaard as a warm-up before competing in the EMX250 series aboard his two-stroke GL12 KTM where he made history last year by becoming the first two-stroke rider to win against the four-strokes.

The Gloucester area is well represented as besides the GL12 giant killers, Brad Wheeler (son of former GP star Brian Wheeler) and privateer Rob Holyoake line up in the Dutch sand.

Holyoake goes well in the sand, scoring his best result in Ottobiano last year and will be looking to add consistency to his speed.

Matt Moffat makes a welcome return after a serious injury curtailed his season last year and is joined by his mate and fellow fast northerner John Robson who will be looking for regular points this year after scoring his only points at the final round.

Teenager Henry Siddiqui from Surrey throws his hat in the ring for the first time, while at the other end of the age range the evergreen Factory Phil Mercer will again line up. Mercer actually had his best ride of the year in the Vets race at Assen in horrible conditions so the deep Valkenswaard sand should suit him.

An incredible 92 riders are entered for the first EMX125 round and with only 40 able to qualify you can bet the action is going to be frantic in the early morning timed qualifying sessions before a brutal LCQ decides the final few qualifying places.

Britain’s reigning Junior world champion Eddie Jay Wade moves up to the 125 class and must be one of the favourites to make an immediate impact on his Jezyk Racing Husqvarna.

Adam Collings has been busy through the winter, winning the European SX125 supercross championship.

He’ll be looking to carry that success outdoors on his Leatt backed Husqvarna.

Kyle McNicol from Dumbarton makes the long drive with his Manchester MC Husqvarna after spending time training in Redsand through the winter.

Yamaha riders might be our best bet for success as Max Ingham and Sam Nunn line up on their privateer Yamahas along with Joel Rizzi on his RFX Crescent Yamaha machine.

Bristol’s Callum Gasson will be one of only two TM’s amongst a sea of KTM and Husqvarnas on his TM UK-supported bike while Wootton Bassett’s Ben White will also be travelling to Holland.