Home Motocross British Youth Nationals This is the route to Europe and beyond for youth riders in the... 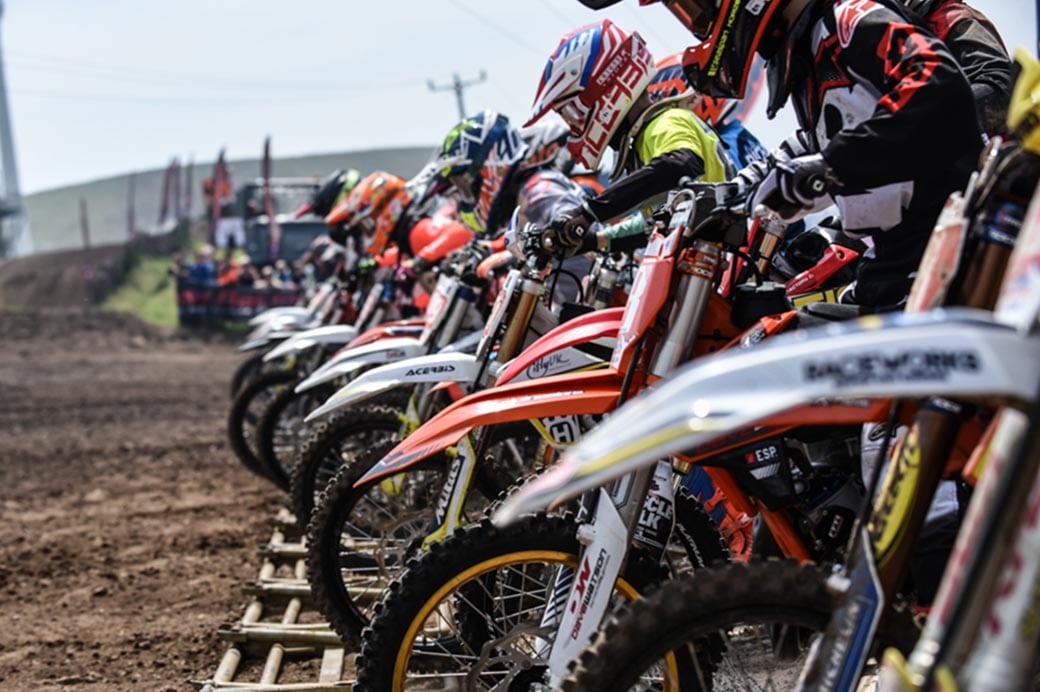 There is no doubt that the level of youth motocross riders in the UK is outstanding. Many of those who are battling for the Official ACU British titles at the Judd KTM British Youth Championship are cutting their teeth at a high level, with the intention of developing and competing against European competition in the EMX 65 and 85 series with riders making the move into the EMX 125 and 250 from the Maxxis ACU British Motocross Championship and Judd KTM British Youth Championship, and finally in the FIM Motocross World Championship.

While the journey is not an easy one, competing against international level riders in the junior ranks is incredibly beneficial for youngsters.

Benchmarking themselves in a larger pool of riders of the same age is not the only benefit. In the EMX 125 and 250 the young guns get the opportunity to not only race on the same world championship tracks as their role models, but they also get to witness first hand the incredible atmosphere and their idols go full tilt on some of the gnarliest circuits on the planet.

It doesn’t get any more inspirational than that.

And if the youth riders have aspirations to be selected to race in the annual Junior Motocross World Championship, they need to be racing against the very best in Europe.

In the UK there is just one route to race in the European 65 and 85 Championships, (and the FIM Junior Motocross World Championship) – with the benefit of knowing they are racing against the very best national riders – youngsters have to race in the official ACU affiliated British motocross championship for junior riders, namely, the Judd KTM British Youth Championship. The RHL Activities run series aims to provide a solid proving ground for youngsters to develop with, while also offering the pathway to European and International competition with the ACU.

Over a number of years, RHL Activities have shown their commitment to the development of young riders in the UK – RHL and the ACU fund a lot of the costs for riders to compete in the FIM Junior Motocross World Championship and plans are already in place for working with riders to compete for Team GB in the prestigious competition for the next three years and will see the programme start from March next year.

“For riders resident in the UK this means that they should compete in the ACU’s official youth championship, the Judd KTM British Youth Championship which is a strong and very well organised championship, before moving into Europe to compete in the EMX65 and EMX85 zone events and eventually the EMX65/85 Finals.

“In recent years this is the only way to get recognised by a factory team because these factory teams look closely at the talent coming through the various strong National championships into the European championship classes. There are now many young riders that have contracts signed with Factory teams because of their success in the EMX65/85 Final and the Junior World Championship.”

Steve McCauley, ACU Motocross Committee Chairman: “For 2019 the ACU will be taking a firmer line when it comes to licences and approvals for riders wishing to make the step into European and World MX competition. The message for the coming season and beyond is thus, if a rider doesn’t support the ACU then we won’t be supporting them in any application for progression to the EMX and GP scene, every year we get requests for FIM approval from riders who ride solely with other organising bodies, we have always tried to be reasonable and if we believed the rider was of a standard capable of moving to the next level then we would consider giving approval. Now as we move into a new era these considerations will no longer be given; the message is clear and simple: ‘Support the ACU and the ACU will support you’.”