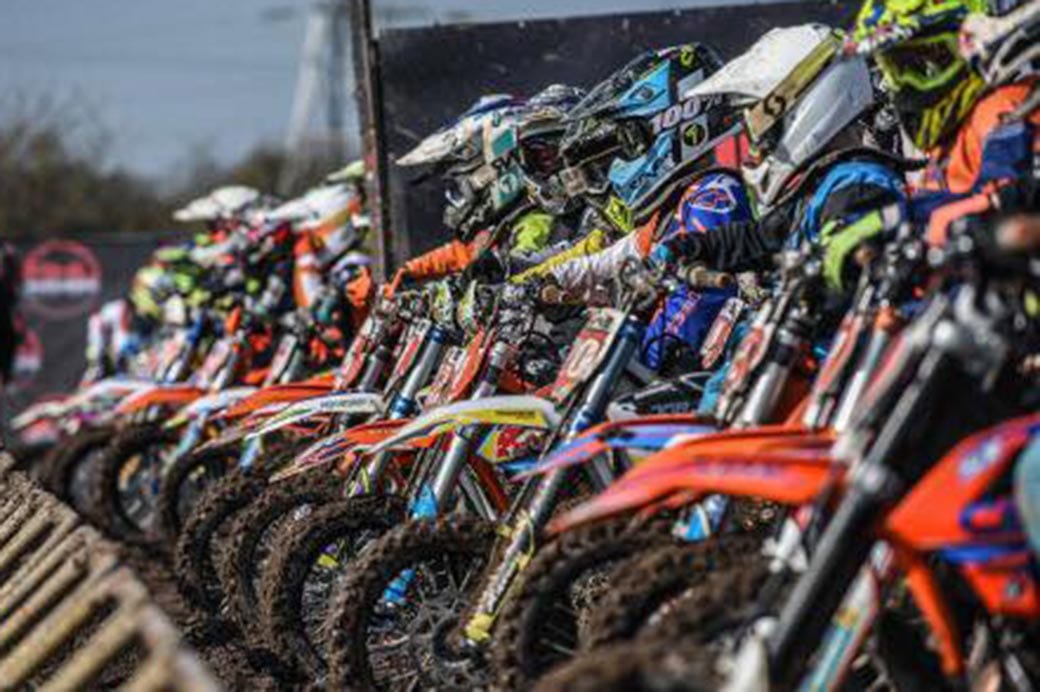 In the auto class, that was added to the roster for this season, there were some tremendous battles throughout the pack with the top five spots being taken by Hayden Statt, who finished the weekend with the championship lead, Joel Winstanley-Dawson taking second spot on the podium, Robbie Daly in third, with Archie Britton, Leo Self and Lucas Moncrieff rounding out the top six.

The Junior 65cc riders rode their hearts out for the first round of the Judd KTM British Youth National Championship. Ashton Boughen took the overall with an impressive 177 points over the weekend, while Billy Askew and Shaun Mahoney took the second and third positions overall. They were followed by Kalvin Kelly, McKenzie Marshall and Ryan Waggot in fourth, fifth and sixth positions.

Judd Orange Brigade team rider Bailey Johnston walked away with the championship lead in the small wheel 85cc category in Preston after some impressive battles with Wal Beaney, who made the move up from a 65cc this year. Ross Simpson took the third spot on the podium and Arai Elcock, Tyla Hooley and Revo Husqvarna rider Ollie Colmer rounded out the top six.

The Big Wheel 85cc class went down to the wire to determine the overall standings for Alfie Jones, Hitachi KTM ASAYouth Team rider Ryan Mawhinney and Sam Atkinson with just a couple of points between each rider heading into the final moto of the day. The top six ended with Jones taking the victory, with Mawhinney and Atkinson in second and third. Charlie Heyman walked away with fourth spot at the end of the first round while Vinnie Guthrie and Sam took the fifth and sixth positions.

There was no stopping Sam Nunn in the 125cc championship taking all four race wins in dominant style. New for the 2018 season in the 125cc class was Kyle McNicol, who took the runner-up position for the weekend. Ike Carter took third position, with Drew Anderson, Sam Price and Bobby Bruce in fourth, fifth and sixth.

The Steve Benton Transport British Under 21 Championship saw some very close battles throughout the weekend’s proceedings. Rossi Beard, who made the step up after finishing last season as the 2017 ACU British Youth National Championship 125cc Champion, ended this weekend with the championship lead in the British Under 21 category. There were some good battles between James Mackrel, Dexter Douglas, David Galvin, Howard Wainwright and Oliver Benton concluded the top six at Preston.

Next stop for the Judd KTM British Youth National Championship and Steve Benton Transport British Under 21 Championship is Culham MX Park in Oxfordshire on May 12 and 13.