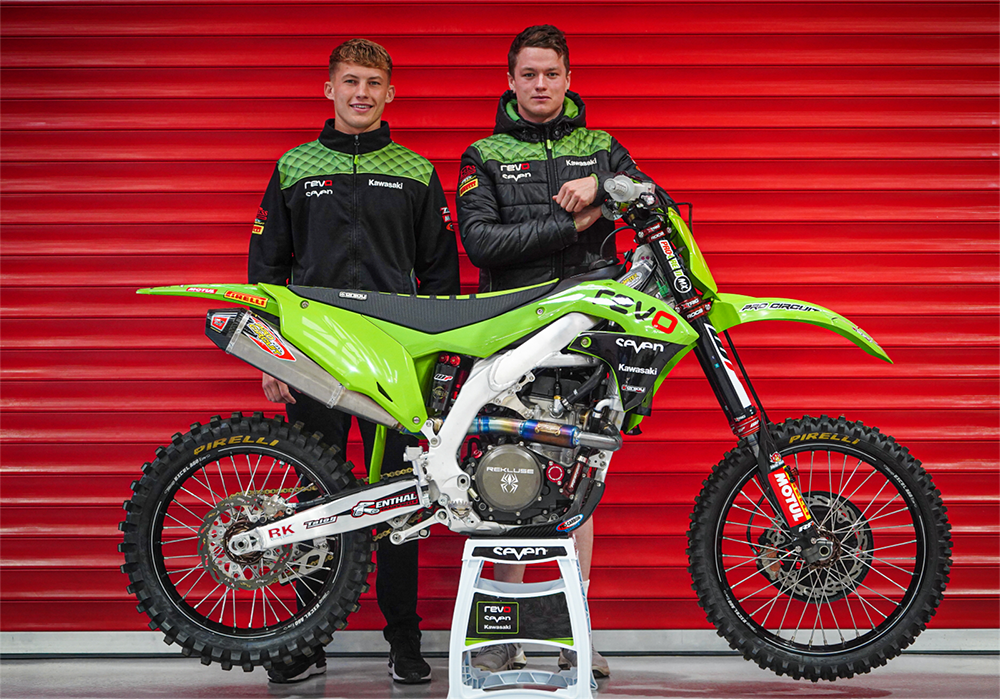 Dylan Walsh will remain with the Revo Seven team for 2021 as they become the official Kawasaki UK squad.

Based in Daventry, the team will be competing in the full British MX Championship in both classes alongside select rounds of the world MXGP series. Having shown he has the pace to fight for the MX1 title, before injury curtailed his season, Wals will again compete on KX450 machinery, setting his sights on glory in the premier class.

Joining the team for next season will be Jamie Wainwright, who will be campaigning a Revo Seven Kawasaki KX250 in the British MX2 class. With a best result of fourth, Jamie has shown incredible promise throughout 2021 and the team will be supporting him to take a further step forward in 2022.

“I am really pleased that the team have now been recognised as the official Kawasaki UK team for MX2 and MX1 and we are looking forward to growing the team and representing Kawasaki in the 2022 season,” said Sam Yates, Revo Seven Kawasaki Team Manager:

“It’s great that we are in the position to be able to run a 250cc program with the newly signed Jamie Wainwright aboard the KX250, while It’s been great to re-sign Dylan, too, for the 450 British championships and we hope he can fight for the title next season.”