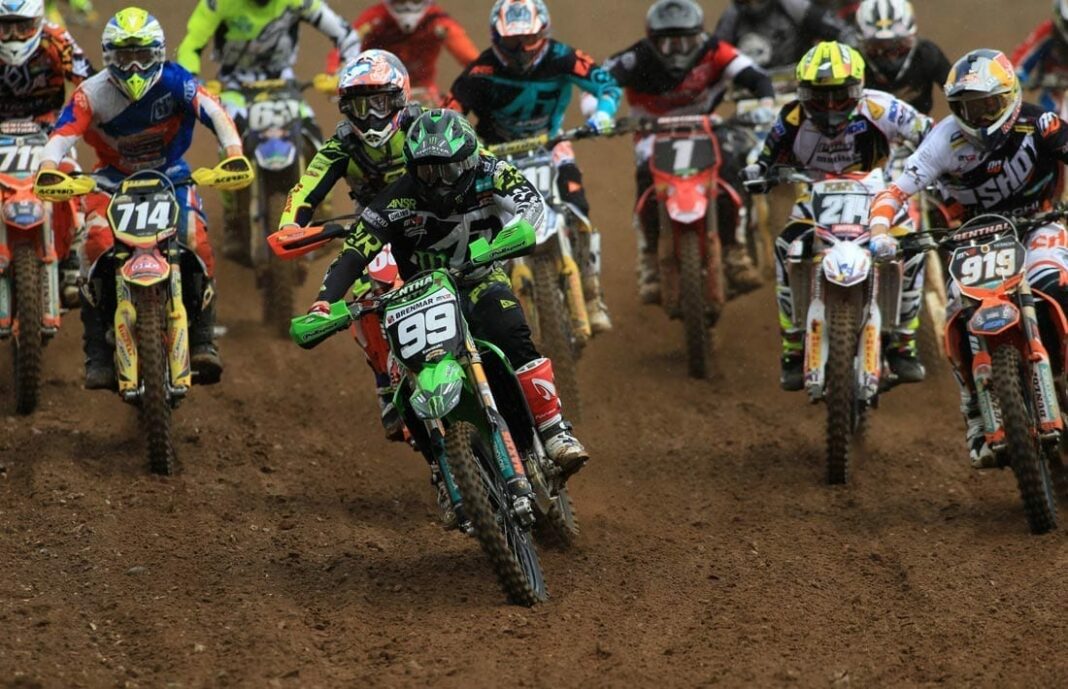 The famous Foxhill Circuit near Swindon marks the venue for the sixth round of the Maxxis ACU British Motocross Championship powered by Skye Energy on Sunday July 19.

With the championship heading into the final rounds the front runners will be looking to get a tighter grip on the Championship standings.

Foxhill will be the first and only hard pack circuit of the season and will hopefully increase the excitement as some of the hard pack specialists look to gain an advantage.

At the previous round Max Anstie continued his domination of the MX2 class and took full advantage of Steven Lenoir’s mistake to claim the championship lead.

Anstie now leads the MX2 class by 10 points on his Monster Energy DRT Kawasaki ahead of Dyer and Butler KTM’s Steven Lenoir and Ben Watson in third on the Hitachi Construction Machinery REVO KTM.

The battle for fourth place in the championship is very close between Bryan Mackenzie and Adam Sterry with just one point separating the pair.

Another rider to look out for is Steven Clarke on the Apico Husqvarna who currently sits sixth in the championship and has been producing a string of strong results recently and more importantly will be looking to repeat his overall victory at Foxhill from last year.

Shaun Simpson continues to dominate the championship standings on his Hitachi Construction Machinery REVO KTM after taking overall victories at every round so far. Simpson goes into the Foxhill round with an 84 point lead over LPE Kawasaki’s Tanel Leok in second and Buildbase Honda’s Gert Krestinov a further 22 points behind.

The battle for fourth place in the championship is currently between three riders with former British Champion Kristian Whatley looking to close down the gap on his Buildbase Honda team-mate after a recent collarbone injury, while Brad Anderson sits just one point behind in fifth and three points ahead of Martin Barr.

Foxhill also marks the fifth round of the Veterans Championship and Ryan Voase currently leads the Championship by 45 points over Brain Wheeler. The battle for second in the championship is very tight with just one point separating Brian Wheeler and multi Veterans champion Phil Mercer.

The action starts at 9am with the Qualifying sessions followed by the first race main race at 12:15pm. Foxhill is situation four miles east of Swindon on the minor road between Baydon and Wanborough, just to the north of the M4 Motorway and for people using Sat Navs please use the postcode SN4 0DR.