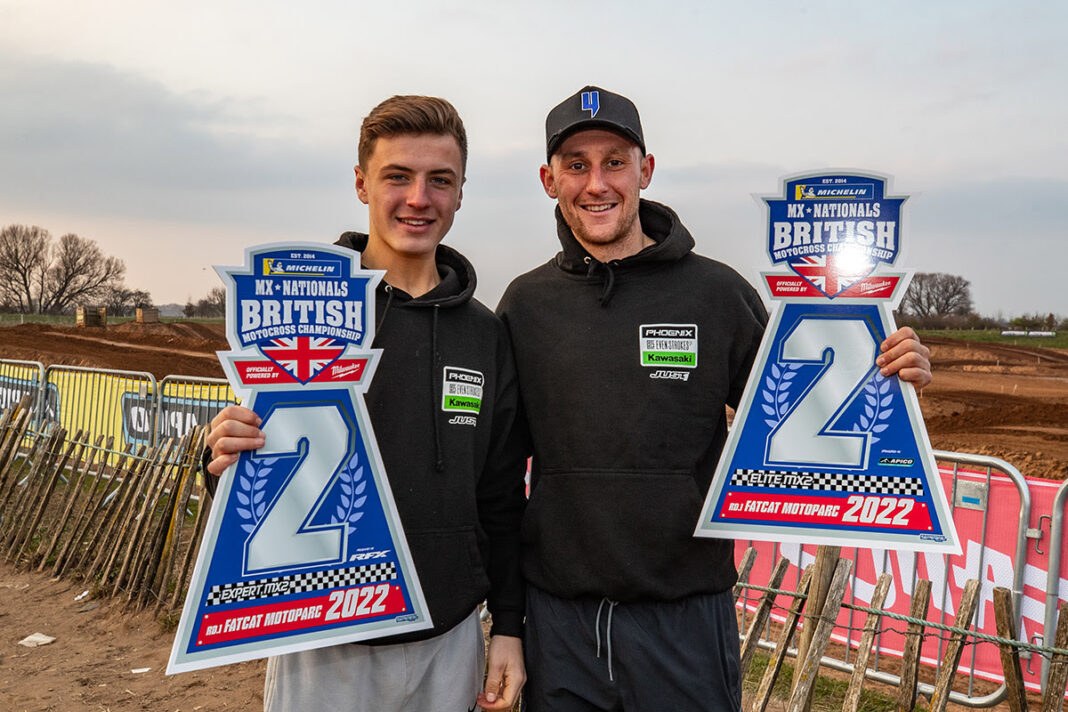 Focus shifted to Doncaster and the sand track of FatCat Motoparc as Phoenix Even Strokes Kawasaki embarked upon round one of the Michelin MX Nationals this past weekend.

Carlton Husband, runner up in the Pro MX2 championship last year, started out strong by taking pole in the timed practice on Sunday morning.  A fall on lap one of the first race would see Husband charge back from 30th to 13th en route to claiming second in the MX2 class.  He would also finish second in race two for second overall.  A solid podium performance and a great foundation to build on for the remainder of the year!

In the expert MX2 class Sam Atkinson started the year equally well, going quickest in the morning timed practice session.  Racing against strong competition he would finish fourth in race one and sixth in race two before rounding out a strong weekend with a second in race three and sixth in race four.  Claiming the second step on the overall podium.

In the Pro MX1 class Petar Petrov continued his recovery from back surgery and showed good speed in race two, battling with Shaun Simpson for third place, before settling for fourth.  The Bulgarian would finish fourth overall and takes positive momentum into the next round. It was a frustrating weekend for Jason Meara meanwhile. Crashes in both races put paid to any chance of a top ten finish and despite his good race pace, he would finish twelfth overall.

Team Owner – Barry Moore: “I’m super happy with the whole team effort really. I have to give a special mention to Carlton, he’s had a great offseason, and he showed that with a great qualifying session yesterday! In race one he gave himself so much to do after his crash on lap one but it was such a strong charge, coming from last to second!”

“Race two he rode a really smart race to bring home 2nd overall.  Sam, stepping up into the Experts for the first time, came away with a second place and scored another podium for the team.  I’m confident he can do really well in the Expert class this year, which is a great stepping stone for the Fastest 40 next year.  With Jason, I think there is something about FatCat that just doesn’t like him! He’s been riding really well, consistently showing top 8 race pace but he just had bad luck all weekend.  It’s just one of those things and he’ll be looking to rebound at the next race.  Petar showed massive improvements over last week. People forget he was off a bike for nearly six months when he broke his back and he rode his race bike for the first time only two weeks ago! So to ride like he did, around a really technical circuit like FatCat, is a credit to how far he come in a short space of time.”