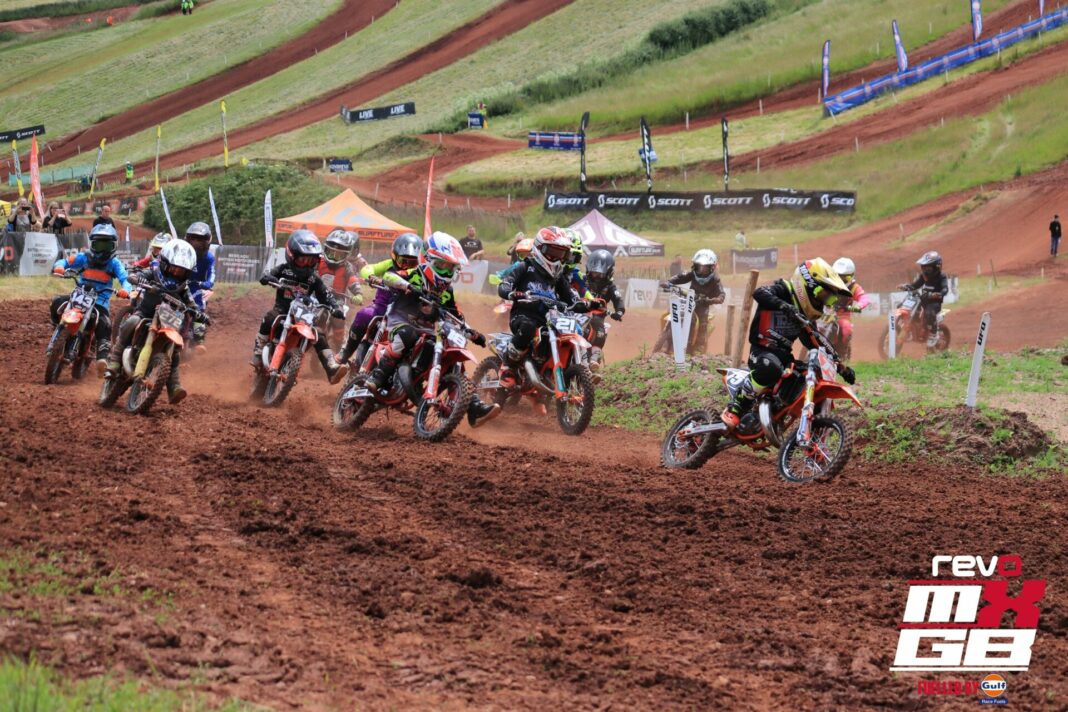 Revo ACU British Motocross Championship heads to the historic Whitby this weekend, for the youth and final round of the women’s championship.

It was the first round of the Auto class at Little Silver, it’s fair to say they amazed the crowd. Although we had a few tumbles the boys and girls braved the circuit. Cohen Jagielski was the name that rumbled through the crowd at Little Silver as he took home three out of four wins and is definitely one to look out for at Whitby. Freddie Box, current second place in the Championship table managed to steal a win from Cohen’s streak, claiming second and third in two other races. Tommy Wood in third place is six points ahead of Jett Gardiner who both had a successful weekend claiming multiple second and third race wins over the weekend.

Robbie Daly stretched his point lead 399 points 17 ahead of Olly Waters, Robbie, unfortunately lost his winning streak at this round, only winning the first race of the weekend underdog Alfie Geddes-Green won the rest of the races over the weekend and took home the gold trophy at the end of Sunday. Although, remaining sixth in the overall standings, Alfie is certainly proving to be a strong competitor for Robbie. Second place Olly Waters again had a consistent weekend, ending up third on the podium. Alfie and Joel, although missing from the podium were thorough over the weekend picking up enough points to remain in the top five.

Reece Jones again coming out on top in the SW85’s winning three out of four races and increasing his point lead to 31 points, ahead of Jett Gardiner’s brother Freddie, who missed out on a race win and still ended up third on the podium. Cole Mccullough is a strong competitor for the championship title as he managed to pick up a win at this round. Libby Chatburn remains top of the table for the SW85 WMX competing against Jessie-lee Jessop for the championship title.

Again, giving us quite the show the BW85s saw some new faces take a race win home at the weekend, Charlie Richmond being one. Wal Beaney proved that he is a main competitor for the title at Little Silver coming first on the podium for the second time in a row, he is slowly climbing his way up the table. Finley Evans won his first race since Culham, bringing him second to the podium and remaining third in the championship standings. Tyla Hooley, again was seen on the podium, keeping his game strong remaining second in the championship table. Although missing from the podium for the first time this season Ben Mustoe remains top of the championship standings.

Coming back from after last race at Foxhill is the MXY2 class. Ollie Colmer remains top of the Championship standing with a 19-point difference between himself and Bailey Johnston, who was last seen holding the number one plate at the podium in Foxhill. Following Bailey on the podium were two new faces. In second was Jak Taylor who sits fifth on the podium and Dominic who sits in sixth and took third on the podium at Foxhill both are ones to watch in the coming rounds.

Alfie Jones in the 250 class was back on top after a dip at Canada Heights, last seen at the podium holding number one at Foxhill, following him is Jude Morris only 20 points behind Alfie in the Championship standings. Tyler Westcott, although fifth in the championship standings keeps popping up on the podium, for the second time in a row taking home third place, he is one to keep your eye on.