Home Motocross British Motocross Championship MXGB: Searle gets in some prep for Duns 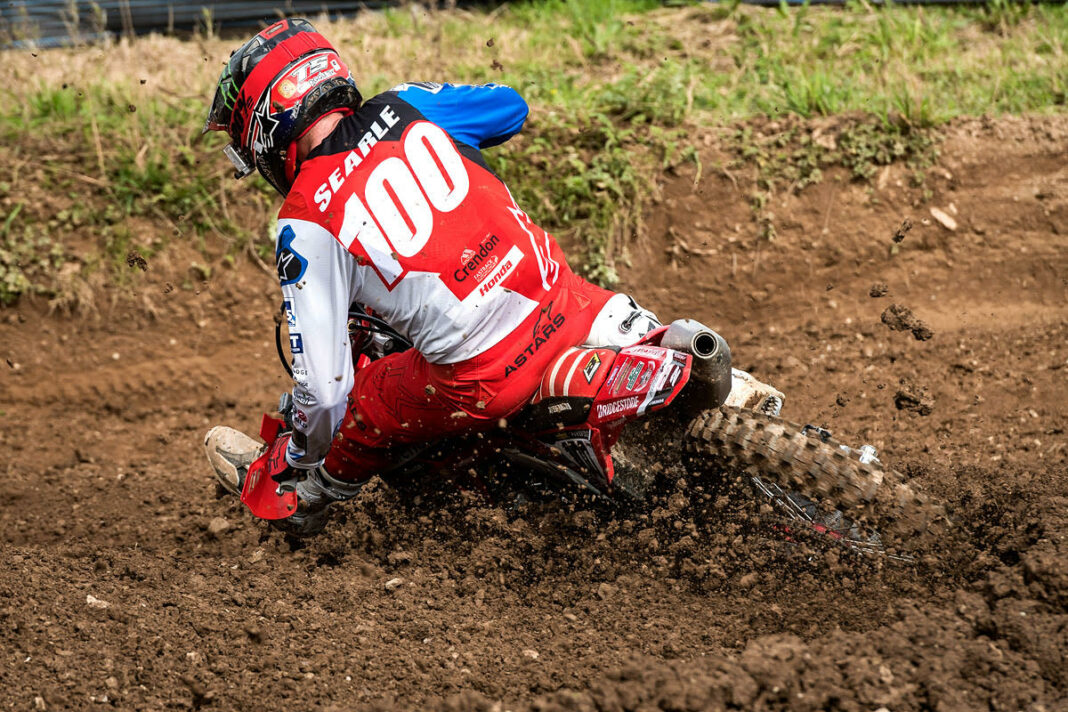 Crendon Fastrack Honda’s Tommy Searle completed successful tests on his Honda CRF450R in the Falcon MXC’s championship at Duns, ending the day with a victory.

The event was a shakedown test prior to the final Revo ACU British championship round at the track next Sunday as he is currently tied at the top of the points table, with Cab Screens Crescent Yamaha Harri Kullas.

In practice and the opening two rain hit races, Searle focused on getting the right bike set up and made great strides forward, taking two second places. In the final race the track had dried and was in prime condition. Searle proved he has the right set-up as he took the win, a big boost in confidence before the penultimate Revo British championship round this weekend.

“We have made great progress prior to the next round of the British championship there. He got a lot of valuable testing done which all came together in the last race as he took the win.”