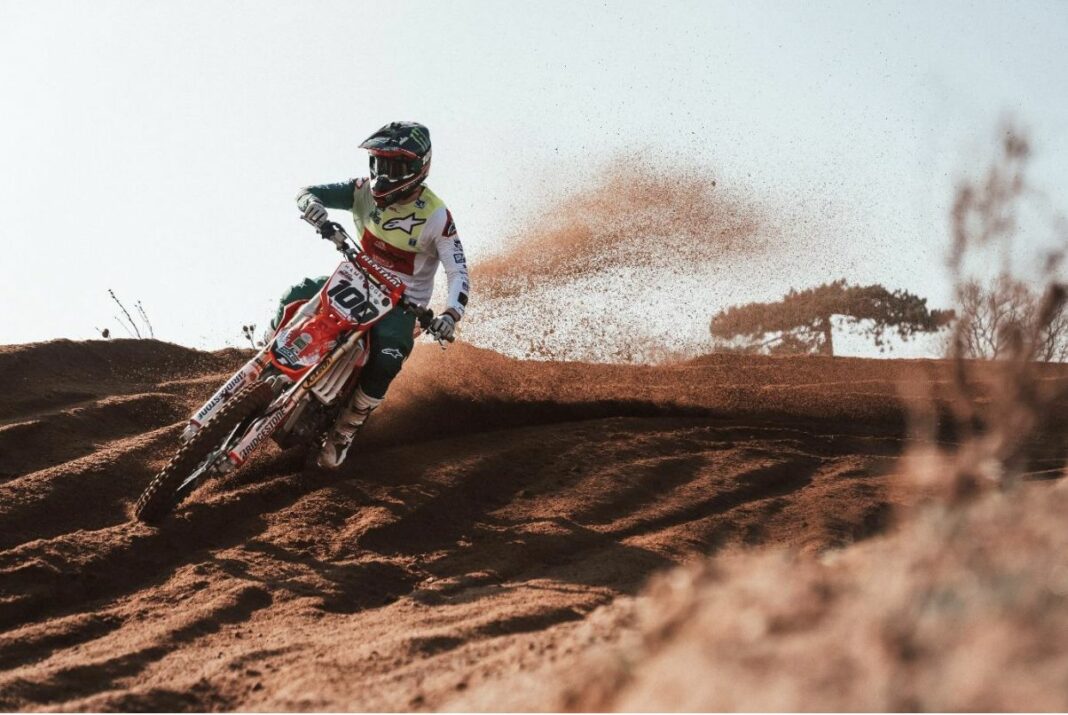 Muc-Off, the global leader in bike and motorcycle care and maintenance, are pleased to announce their new partnership with British Championship winning team, Crendon Fastrack Honda for 2021.

“I am stoked to be working with Dave Thorpe and the Crendon Fastrack Honda team this year,” said Muc-Off CEO Alex Trimnell.

“Dave’s team have a great pedigree and to have elite riders such as Tommy Searle and Jake Nicholls on the team really says it all! We look forward to partnering with them and supporting their quest to clinch the 2021 British Motocross Championship title.”

Run by three-time World Motocross Champion and British Motocross legend David Thorpe, Crendon Fastrack Honda will be competing in the top-flight of British motocross championships, the Revo ACU British Motocross Championship and the MX Nationals. Heading up the team are the two fastest motocross riders in the UK: 31-year-old Tommy Searle and 30-year-old Jake Nicholls. Both riders will be riding the new CRF 450, and they will both be challenging for the title.

New to the team and completing the line-up is 23-year-old Jay Hague who will be riding the CRF 250 in the MX2 class. Both Searle and Nicholls have a wealth of experience between them, having both competed in the highly coveted FIM World Motocross Championships for over a decade. Searle finished runner up in the MX2 class and Nicholls had a career best of second overall. Both riders retired from the world racing scene within the last few years to concentrate on racing on home soil. Hauge, a former Yout
Champion became a professional motocross rider in 2017 is being nurtured by Dave Thorpe to rebuild his confidence in his ability after a tough start to his career.

Crendon FastTrack team owner Dave Thorpe said “As a race team we are constantly evolving and are looking for better performance in many departments. I like to think that Muc-Off run in parallel with that because not only do they have great product range right now, but they have loads of innovative ideas that are coming in the future that will enhance our performance further in the long run.”

Muc-Off will be supporting the team with a full selection of products from their Clean, Protect and Lube systems, which includes the renowned pink Nano Tech Bike Cleaner; the flagship product that launched the brand back in 1994. Muc-Off will also be working with the team to develop and test new off-road products to help them drive their competitive edge while racing.

Crendon Fastrack Honda will make their racing debut as a team at Culham on the 1st and 2nd May 2021 in the Revo ACU British Motocross Championship. Tommy Searle and Jay Hague will be racing this weekend (17th/18th April) at Hawkstone Park in the Bridgestone British Masters as a pre-season warm up.

You can watch the Team’s launch video below: