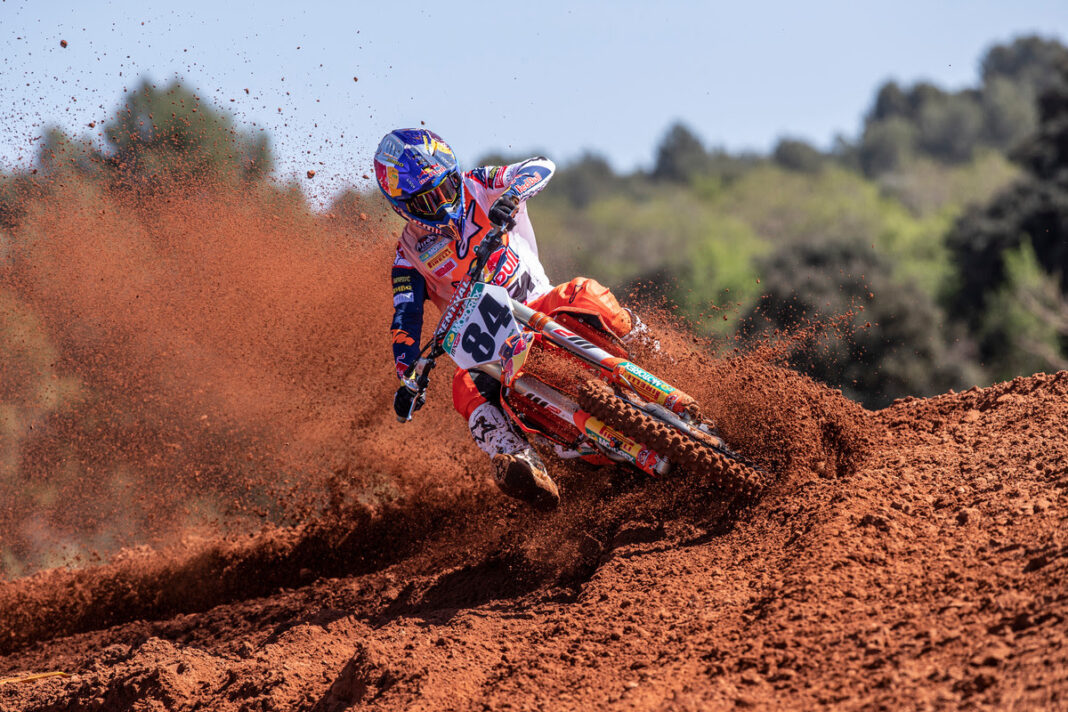 Herlings will be lining up this Sunday at Cadders Hill to take on the best the British series has to offer – as well as fellow MXGP star Ben Watson who is also wildcarding.

The Bullet, who’s career started in 2002 by taking the Dutch National Federation Championship win on a 65cc and now holds four World Championship titles onboard the KTM 450 SX-F will line up in the MX1 class at the popular primarily sand-based hillside circuit in Norwich.

“I am excited to go racing in Lyng this weekend for the British Championship after eight months of no gate drop for me and get my feet wet to start the World Championships in a couple of weeks’ times,” said Herlings.