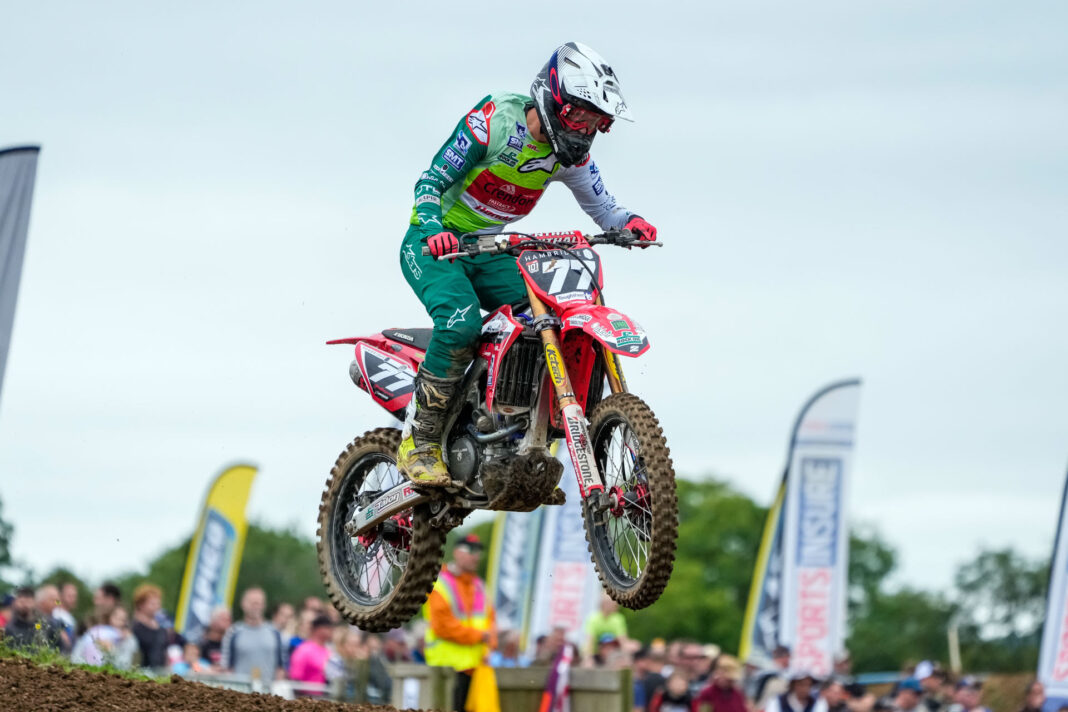 Crendon FastTrack MX2 Honda rider Jay Hague had some great results to wrap up the Revo ACU British Motocross season at Landrake yesterday for the final round.

Hague started the day with a stunning ride to second in the opening race. He came through from a decent start and picked off his rivals on his way to second, although the leader was out of his grasp.

The North Easterner also used the power of his Honda CRF250R to get a good start in the second moto and was engaged in a race-long battle for second with Verde Sports KTM Brad Anderson and Gabriel KTM’s John Adamson. On the final lap, Hague moved into third place to take second overall.

“What a way to end what’s been an up-and-down season for me,’ said Hague.

“It’s my best result of the year, with my best individual British championship race result and overall. The bike has been great, the best machine I’ve ever ridden.”

“The team have been fantastic and I have learned and progressed so much. I’m so happy to end the season on the podium and spray that champagne. And of course congratulations to my team-mate Tommy Searle on winning the MX1 championship.”

MXGB Landrake: ‘I knew it was going be a big race’ – Searle