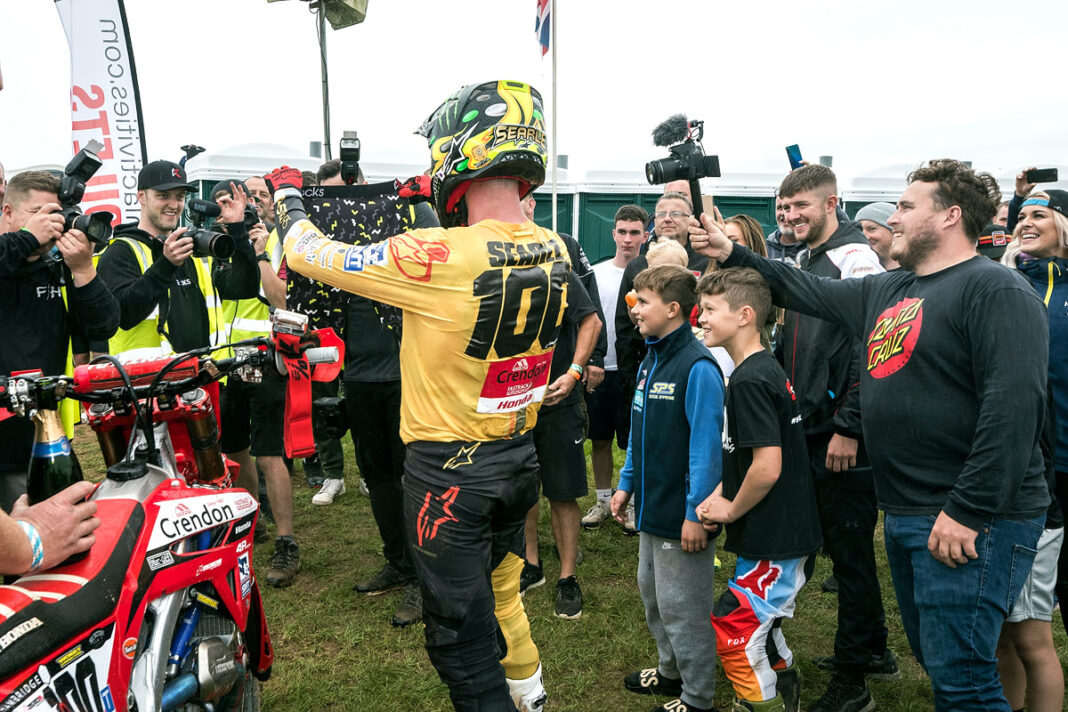 Shooting out of the gate for the opening MX1 moto of the day was Revo Seven Kawasaki’s Dylan Walsh who grabbed the holeshot ahead of Searle, SS24’s Shaun Simpson, and Cabscreens Yamaha championship leader Harri Kullas.

Searle dived up the inside of Walsh early on in the moto and pushed away from the rest of the pack, as further down the field Kullas was held up by Walsh mid moto, until he made a mistake allowing Kullas to fly through.

Searle won his first race of the season at Landrake, ahead of Par Homes Husqvarna’s Evgeny Bobryshev, Kullas, and Verde KTM’s Jake Millward.

Heading into moto two of the day, it was Searle and Walsh who came together round the first corner as Tommy made the pass straight away but Walsh pushed back through the pack, just as Par Homes Husqvarna teammates Evgeny Bobryshev and Josh Gilbert scrapped it out behind. Bobryshev then fired up the inside of Tommy pushing him way down in third which is where he finished the moto, as Evgeny took the moto two win.

“We’ve worked hard the last few weeks with the team, so I felt really confident coming into this race, better than I’ve felt all season,’ said Searle.

“I believed before today, that it was going to be a good day today, I felt great in qualifying and I went on to win the first race, which set me up nicely for the second race, and I got the job done so Im really really happy with today.”

“Im staying with the Crendon Honda Team next year, I feel at home there. It feels a great team for me in the British Championship, and hopefully we can fight for another title next year.”