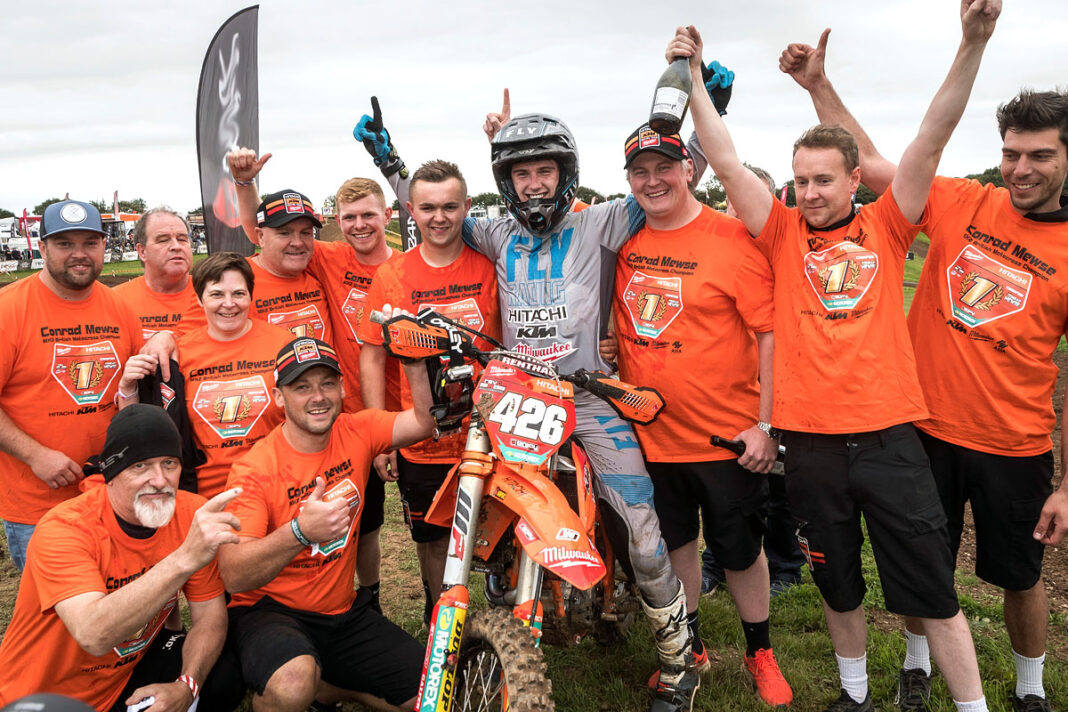 Winning the opening MX2 Moto at Landrake by way over a minute from start to finish, the young brit sealed his second MX2 Championship title in the first race of the day, after an up and down season.

Adamson’s scrubbed past Hague and moved up into third, and then makes the pass on Ando to finish fourth in moto and second in the championship.

Speaking to DBR post-race, Mewse explained how his season has been so far:

“To be honest, that’s just the way I wanted to win a championship really.

“I had an awesome race, I had a great start and I was just pushing every lap, I was trying to better myself for the future really not just this round. It’s been a really positive day for me this season in the British Championship, up and downs as always, as every motocross race is.”

“Overall I’m happy to be bring home the MX2 Championship for the second time in my career, and now we work towards the GP for the rest of the season.”

Also speaking about the British call up for the MXoN this year, Conrad said with a huge smile on his face, “It’s an honour to represent my country, it’s my first time doing it so I’ve been waiting for this call up for a long time, and it’s something i’ve worked towards since i’ve been a kid.”

“Im super excited to represent Team GB and I’m going to go out there and give 110 percent for my country.”

You can check out all of this weekend’s results by clicking HERE.