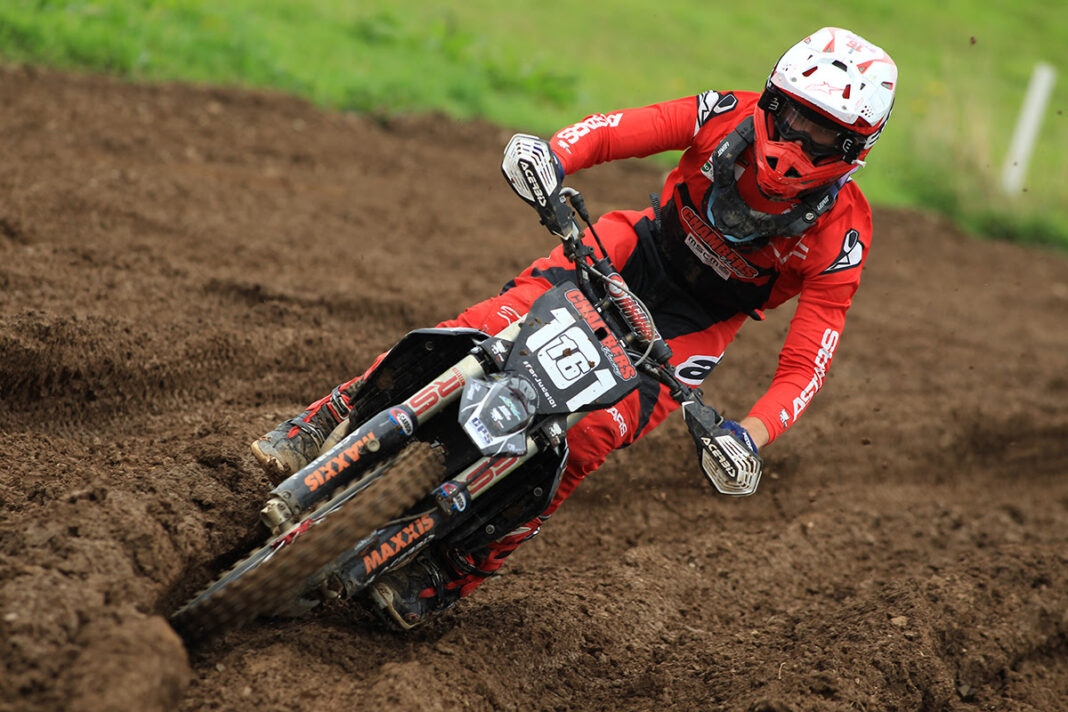 Revo ACU British Motocross Championship finale saw the Chambers Racing Husqvarna travel across the Cornish border to Landrake to end the year on a high.

“It’s been a good day for me, I started well in qualifying after starting seventh fastest,’ said Grimshaw.

“I managed to move up to third fastest on my last lap to set me up for the races, which was great as I’ve struggled with my qualifying all year. Then before the first race it was nice to take part in the Parade Lap for Jude to pay our respects to him and his family.”

“Then it was straight into our first race and I got a really good start for the first time this year and went with the leaders and settled into the race and lost a place to Hauge before being caught by Adamson and dropping to fourth.”

“Towards the end race Miot closed in so I put on a big charge to secure fourth. Second race saw another OK start and I struggled to get around people today and on the opening lap I got caught behind a fallen rider and lost time on the leaders but I pushed on and managed to finish sixth after struggling with a bit of numbness in my hands for the first time this season, but overall it was a good day to end the season on.”

MXGB Landrake: ‘I knew it was going be a big race’ – Searle