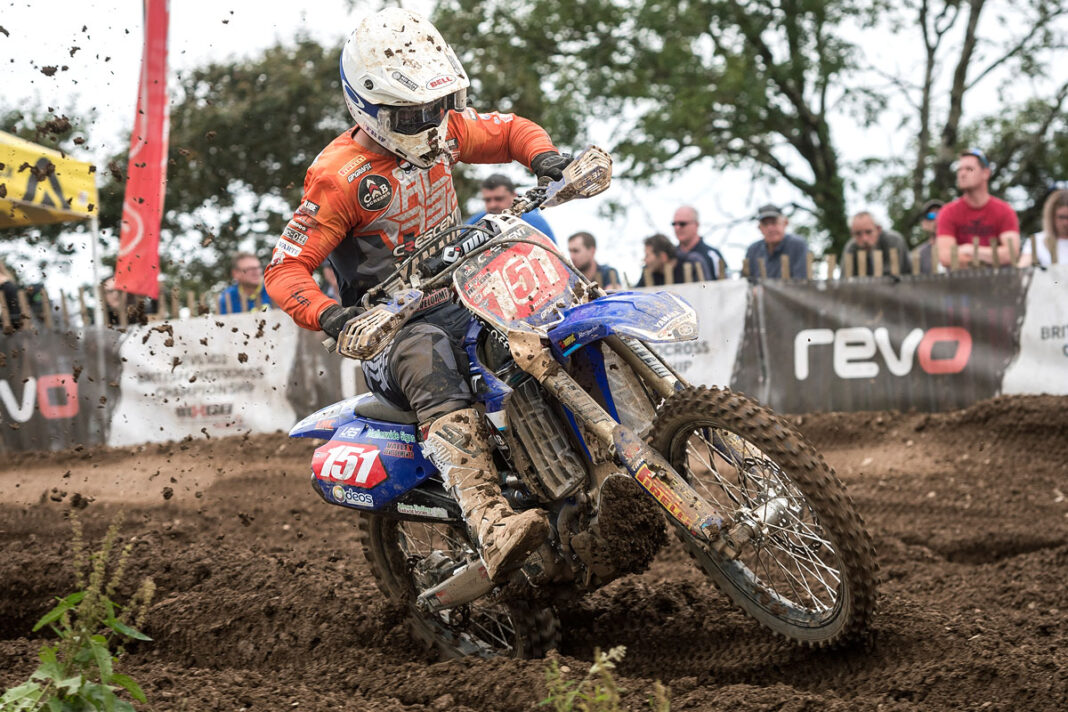 Cab Screens Crescent Yamaha rider Harri Kullas wrapped up his Revo ACU British Motocross Championship campaign, with the final round this weekend at Landrake in Cornwall.

After just missing out on the Revo ACU British Championship title this weekend in Landrake for the final round of the series, the Estonian talked through how his weeked unfolded for him.

“We had good chance to take the title at last round,’ said Kullas.

“Morning was OK but could have had a better gate pick. First race I started third and Shaun passed me so dropped fourth. We were changing some positions during the race and with hard, fight I did manage to finish third.”

“For second start I tried to take more inside line to have inside corner but after gate I hit the dirt too hard and start device popped off and had terrible start. First few laps was good fight but when I got stuck behind Millward I got hit by stone and that broke my roll off film. So the race was struggle especially the rain falling down so I finished sixth.”

“Starts have been good all year but this race we had bad starts so gave away the title. But it was a lot of positives with winning three rounds and finishing runner up in the championship!”

“It was a great fight with all the riders and specially with Tommy the last rounds. Congratulations to Tommy for the title.”

“Not gonna lie, this Monday is very hard mentally but again it was my best year in my career, so have to take all the positives and move forward.”

“Thank you to my girlfriend as we do lot of mileage and living in suitcases and travelling around during this intense racing year. Of course my team Cab Screens Crescent Yamaha, everyone has important role so big thanks to them, couldn’t do without this great team. As well every one of our team sponsors, without them we couldn’t fight for double championship title. And of course all the fans, sorry to let you guys down not taking the win, but I have had very kind messages this year so thank you all of you.”