Home Motocross British Motocross Championship MXGB Landrake: ‘I knew it was going be a big race’ –... 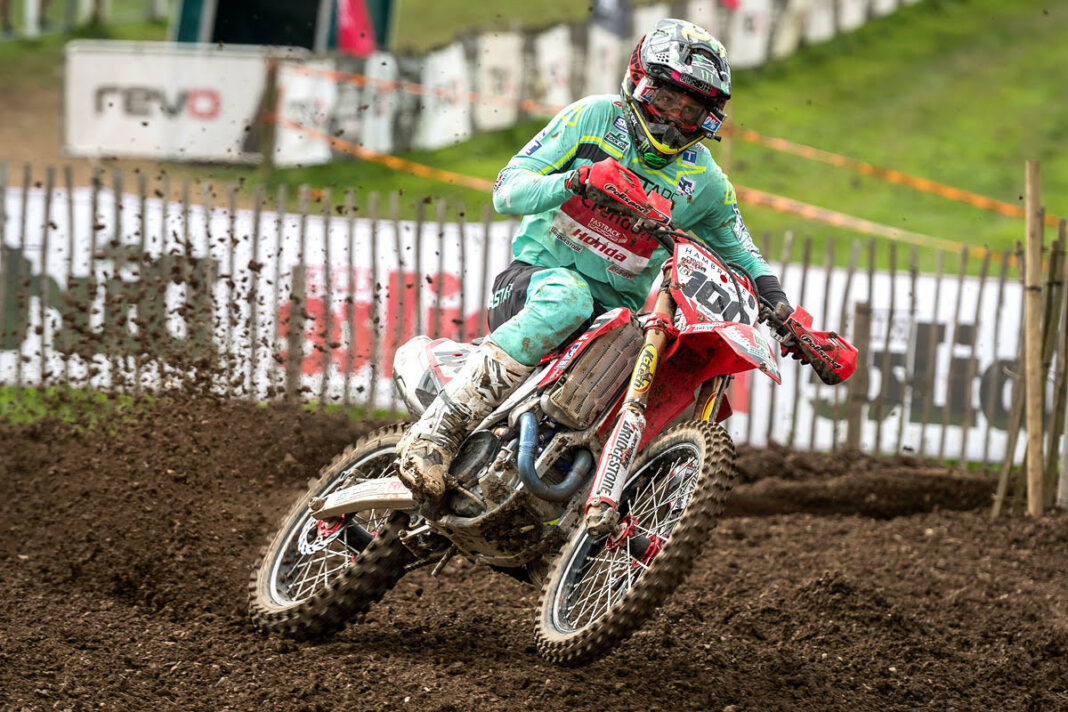 Crendon FastTrack Honda rider Tommy Searle stormed to victory at the final round of the Revo ACU British Championship this weekend, claiming the title.

After claiming his first MX1 race win of the season in the opening moto from start to finish, and bringing his CRF450R home in third position in moto two sealing the championship title by ten points ahead of Cabscreens Crescent Yamaha’s Harri Kullas.

“I knew it was going to be a big race as Harri has ridden well all year. But I’d worked really hard for the past four weeks to get ready and was a lot more confident than I’d been all season.

“It started off well as I got first British championship win, then I knew all I had to do to clinch the title was to finish right behind Harri. But I was running second, made a small mistake and dropped to third and knew it was enough to get the job done.

“I’d like to say a big thanks to the whole Crendon Fastrack Honda team. Everyone has been so great and this is a brilliant end to a great year.”