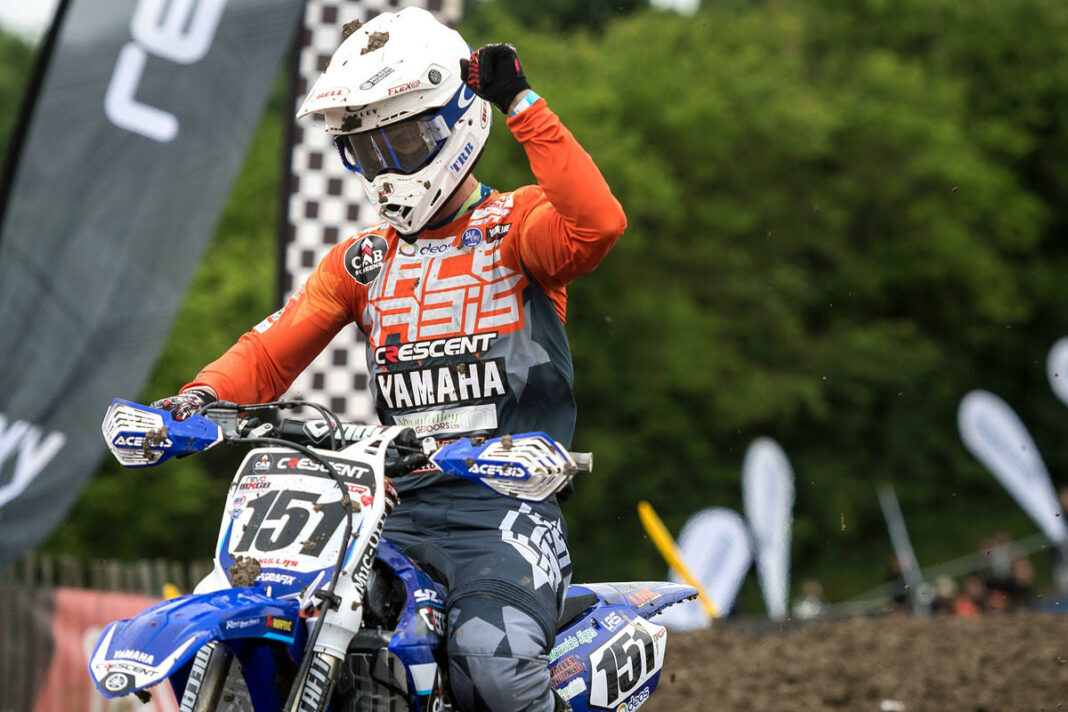 Speaking to DBR at the track, the Cab Screens Yamaha rider explained how he took the overall win two weekends on the bounce.

“It’s a good day for us again, when we first started the championship at Culham we were quite far off, but I knew it was coming forward slowly,” said Kullas.

“So we are improving, for example today we had pole in qualifying which is unusual for me, but the track was very muddy so I knew this was good for me.

“It was a good morning, with two hole shots which makes life easier, in the first race I had a battle with Dylan Walsh, but he crashed so the rest of it I was just cruising.

“Second race I got the holeshot and I saw Tommy and a few guys pushing hard, and they were everywhere. I just had to focus my riding which was good, and then I had a small gap on Shaun and Tommy, but then I saw Shaun closed the gap on Tommy and then passed me on the downhill.

“I just tried to follow Shaun and I was able to do that, so a one-two overall win for our team it was a good day, the championship is still on with a few rounds left, so the aim is to stay good and stay healthy.”