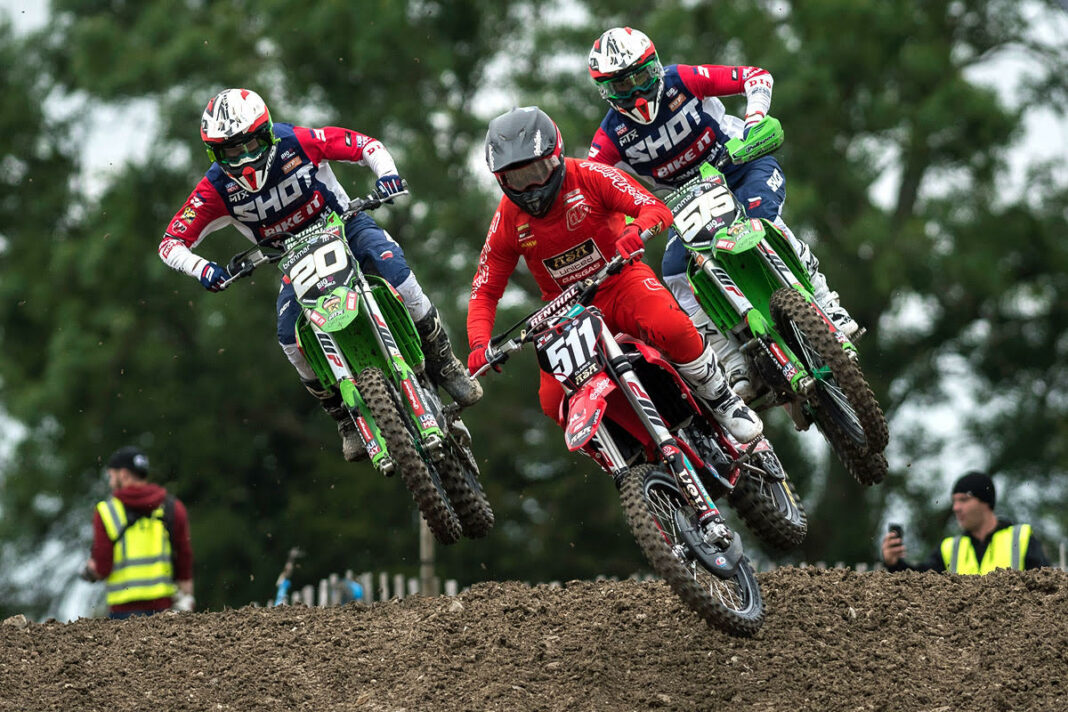 The stourbridge rider and previous British Championship runner up showcased his natural talent at the historic Foxhills circuit today, finishing a third in first moto and a race win in the final moto of the day taking the MX2 overall win for the day.

“It was a good day, I started off with P2 in qualifying which is my best qualifying so far this year.” Explained Clarke. “I thought my lap was pretty good to be fair but to come in and see Conrad was three seconds ahead of me that was a bit devastating.”

“I had a good start in the first race and I was up in the top three, I just tried to ride steady I got pretty tight in the first part of the race and just had to bring it home in third.”

“I had a little nap in between moto’s and then it was a different story in race two, I gated second behind Conrad and I followed him through some of his lines, then John Adamson passed me and then there was some controversy at the front with a few riders chains coming off and what not.”

“But I pulled a pretty substantial gap on John in the last two or three laps, for the win! It went down to the last corner and John ended up on his head and I took the win for the overall, so all in all it was a mint day.”