Home Motocross British Motocross Championship MXGB Foxhill: ‘I knew not to do anything silly’ – Searle 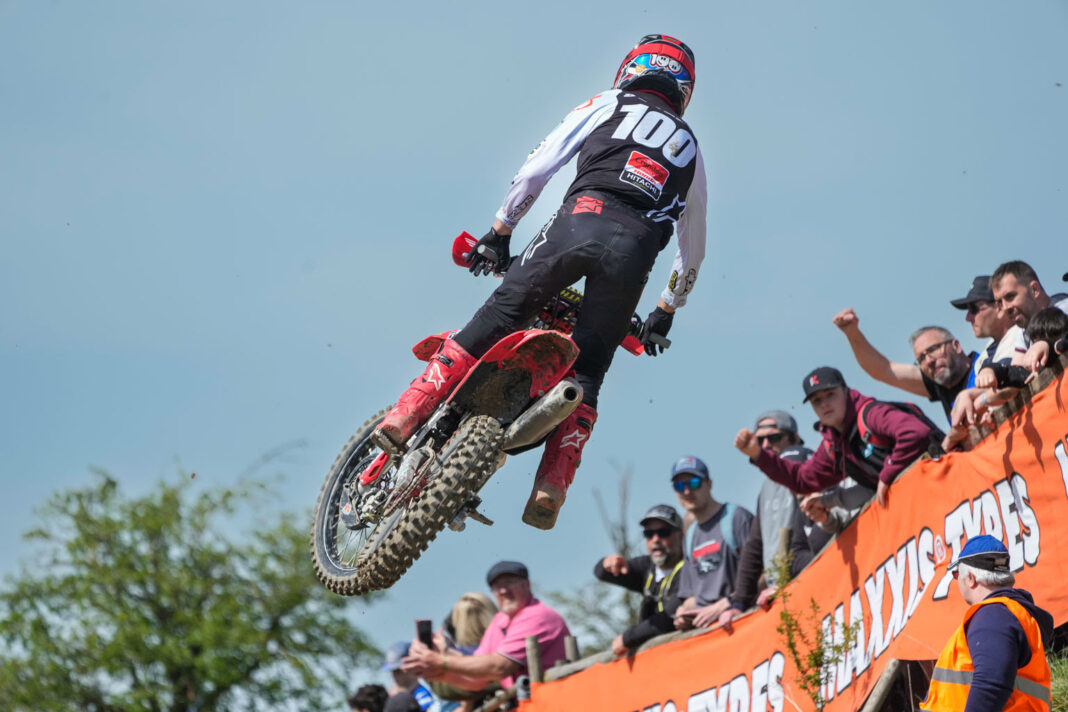 It was another fantastic performance from Crendon Fastrack Honda’s Tommy Searle at the second round of the British championship at Foxhill where he took a race win and extended his championship lead.

Following his double race victory at the Culham opening round, Searle had a third then a win to take second overall on the fast and dusty valley track in Wiltshire. So of the four motos this year, Searle has won three and had a single third place to start the defence of his title in incredible form.

The opening moto saw 32-year-old Searle get a tenth place start then he worked hard to overtake the riders in front of him. Picking off one at a time, he worked through to third and was in striking distance of second when the flag came out. In race two he was in no mood for anything but a win. Using the power of his Honda CRF450R, he had a great start and quickly got into the lead.

Searle was then followed all the way to the flag by his title rival from last year, Harri Kullas. But in a perfectly-timed charge at the end of race, Searle broke away to take a safe and calculated victory.

“Another good day for myself and for the Crendon Fastrack Honda team.” said Searle. “In the first race I had a bad start and came through from tenth on a track that’s difficult to pass on. So I was happy with my riding coming through the pack.”

“In race two I had a much better start, then passed Ashton Dickinson for the lead on the first lap. With how hard the track was, I knew not to do anything silly – just get my head down. The track was tricky and could catch you out but with three laps to go I had some left in the tank. Harri was pushing but I made sure of the win.”