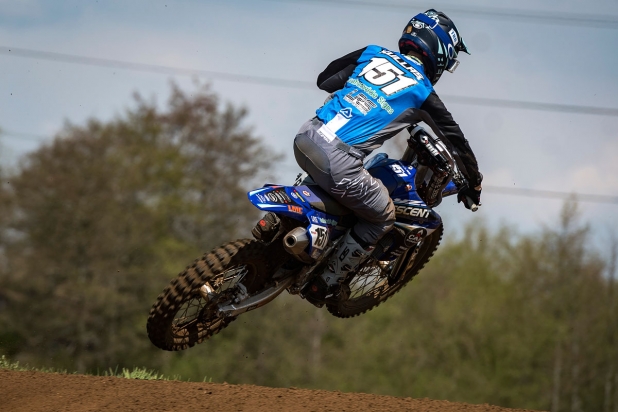 Cab Screens Crescent Yamaha rider Harri Kullas left the opening Revo MXGB round at Culham disappointed with his results after being limited by arm-pump.

In race one, Kullas didn’t get the jump off the start he needed and was around ninth on lap one. He then made some passes mid-race to move to sixth place but couldn’t quite close the gap to the KTM duo of Adam Sterry andd Shaun Simpson.

Race two and a better start for saw him in seventh place, before passing the fallen Simpson and moving to sixth. Kullas looked to close the gap to the top five but arm-pump kicked in and he dropped his pace to bring his Yamaha YZF450 home for sixth place, and fifth overall on the day.

“Hard day at round one. Struggled a bit with bike set up in the first race and didn’t feel comfortable but managed sixth,” said Kullas.

“Second race was already better and the bike felt good, but I got arm pump and it was a struggle all moto after that, but another sixth place.

“Not the results or my riding I was hoping for, but I only have to focus ahead and make things happen.”